With a mere 6 days left in Campaign 2016, Ezra Klein points out that Hillary Clinton is perhaps the most transparent presidential candidate in history:

We have Hillary Clinton’s full tax returns going back to the year 1977…public schedules…her campaign’s donors and her foundation’s donors…tens of thousands of emails from her time at the State Department…thousands of her campaign chair’s emails…investigative reports, 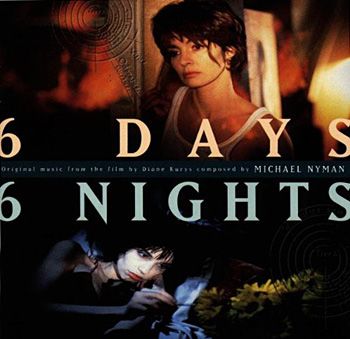 congressional testimony, and documentary evidence from the inquiries into Whitewater, Benghazi, and Travelgate….so many independent biographies that I couldn’t come up with an accurate count.

….The story with Trump is quite different. We have the three pages from his 1995 tax return…books Trump has written about himself…financial disclosures to the Federal Election Commission, in which he claims, in all capital letters, to have “10 BILLION DOLLARS,” but no one believes that document…Digging beyond that image is difficult because Trump has forced his former associates, and even his former romantic partners, to sign nondisclosure agreements.

Despite all this, Clinton has a reputation for opacity while Trump has a reputation for being open about everything. The reason is deceptively simple: it’s what both candidates want. Clinton very clearly does her best to reveal as little as possible. Trump, by contrast, will talk about anything, loudly and volubly. It’s true that when he talks, he lies constantly and says next to nothing when he’s not lying, but the impression he gives is of somebody with nothing to hide.

Clinton’s reputation is not unfair. Most of her openness has been forced on her, after all. Trump’s reputation, by contrast, is ridiculous. He hides everything and lies about what he can’t. And since he runs a private company and has never served in government, he can get away with it. He’s not subject to FOIA requests or WikiLeaks dumps or random judges deciding that all his emails should be made public.

This isn’t going to change, and at this point it no longer matters whether it’s fair. It just is. But it’s what produces such bizarre levels of CDS1 among conservatives. They’ve forced so much openness on Clinton in an effort to destroy her, and it drives them crazy that it’s done nothing except paint a portrait of a pretty normal politician. Over 25 years, they’ve managed to uncover only three “scandals” that are even marginally troubling,2 and every dry well does nothing but convince them that Clinton is even more devious than they thought. By this time, we’ve tracked practically every hour of every day of Clinton’s life for the past decade, and there’s almost literally no unexamined time left. But it doesn’t matter. The next one will get her for sure!

The truth is different, of course. Hillary Clinton dislikes the press and has learned to be very careful in her public utterances. She has done a few dumb things in her life, and pushed the envelope further than she should a couple of times. If you dislike her, that’s fine. But basically she’s a fairly ordinary politico—ironically, an unusually honest one. When she makes a deal, her word is good. When she talks about policy, she’s careful not to overpromise. On the honesty front, she is Mother Teresa compared to Donald Trump.

2The cattle futures thing remains intriguingly dodgy. Travelgate didn’t involve anything illegal, but definitely shows Clinton in a bad light. And Emailgate may not have produced any evidence of wrongdoing, but it did uncover a case of poor judgment.