So what was the actual news from Trump’s press conference? Here it is:

The rest was mostly general whining about the press and various and sundry other Trump bugaboos.

The nomination of David Shulkin as Secretary of Veterans Affairs was certainly unexpected. After months of (mostly false) blather about how the VA was a failing organization and the current management was incompetent, Trump nominates…a member of the current management. In fact, he’s the member of management who runs the Veterans Health Administration, the very organization that Trump has been so scathing about. This is very strange indeed. 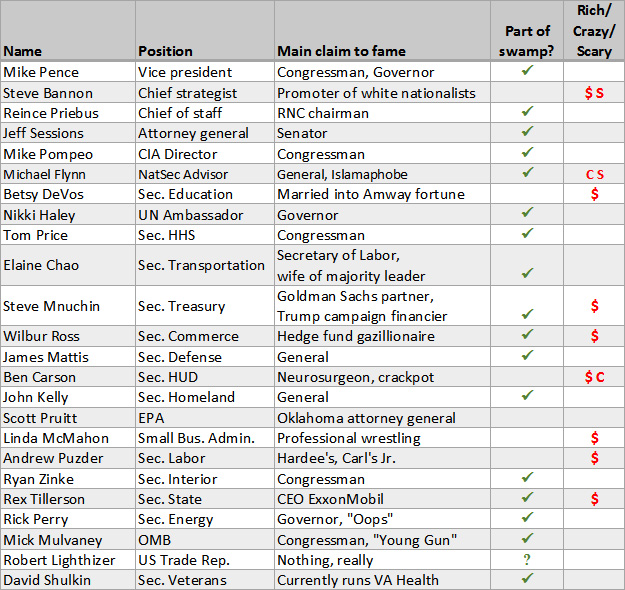