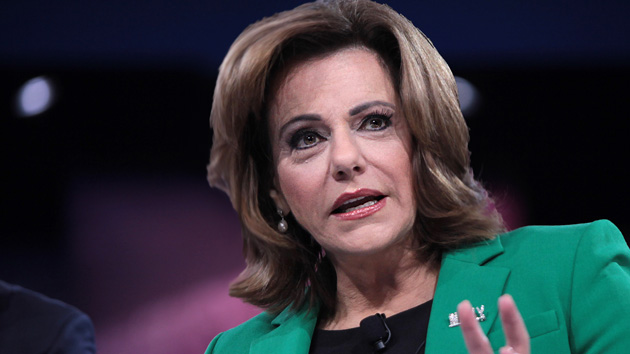 After Michael Flynn resigned/was fired as National Security Advisor, everyone breathed a sigh of relief when the top prospect to replace him turned out to be Retired Vice Admiral Robert Harward. He’s well respected by both Democrats and Republicans and would have brought some needed experience and sobriety to the White House.

Unfortunately, Harward turned down the job. It all hinged on whether he would be allowed to choose his own team. Here is CBS News:

Two sources close to the situation confirm Harward demanded his own team, and the White House resisted. Specifically, Mr. Trump told Deputy National Security Adviser K. T. McFarland that she could retain her post, even after the ouster of National Security Adviser Michael Flynn. Harward refused to keep McFarland as his deputy, and after a day of negotiations over this and other staffing matters, Harward declined to serve as Flynn’s replacement.

McFarland hasn’t held a government position for over 30 years, but she has appeared regularly on Fox News as a standard-issue hardline pundit for the past decade. In Trump’s eyes, this qualifies her to be the #2 person on the National Security Council. Apparently Harward didn’t agree. Politico has more:

According to an individual familiar with Harward’s thinking, [Harward] turned down the Trump offer because he did not receive sufficient assurances about staffing and autonomy. Specifically, the source said Harward wanted commitments that the National Security Council would be fully in charge of security matters, not Trump’s political advisers. And he wanted to be able to select his own staff.

Trump’s decision last month to place his top strategist and former Breitbart CEO Steve Bannon on the National Security Council was roundly criticized as a departure from tradition, and previous administrations have tried to keep the NSC as divorced from politics as possible.

Basically, Harward is a serious guy who wanted the National Security Council to be staffed with national security experts, not Fox News hacks and political operators. That was too much for the Trump team, so Harward pulled out, reportedly calling the offer a “shit sandwich.”

That’s all bad enough, but it raises another question: now that this is all public knowledge, will anyone serious be willing to take this position? How could they?