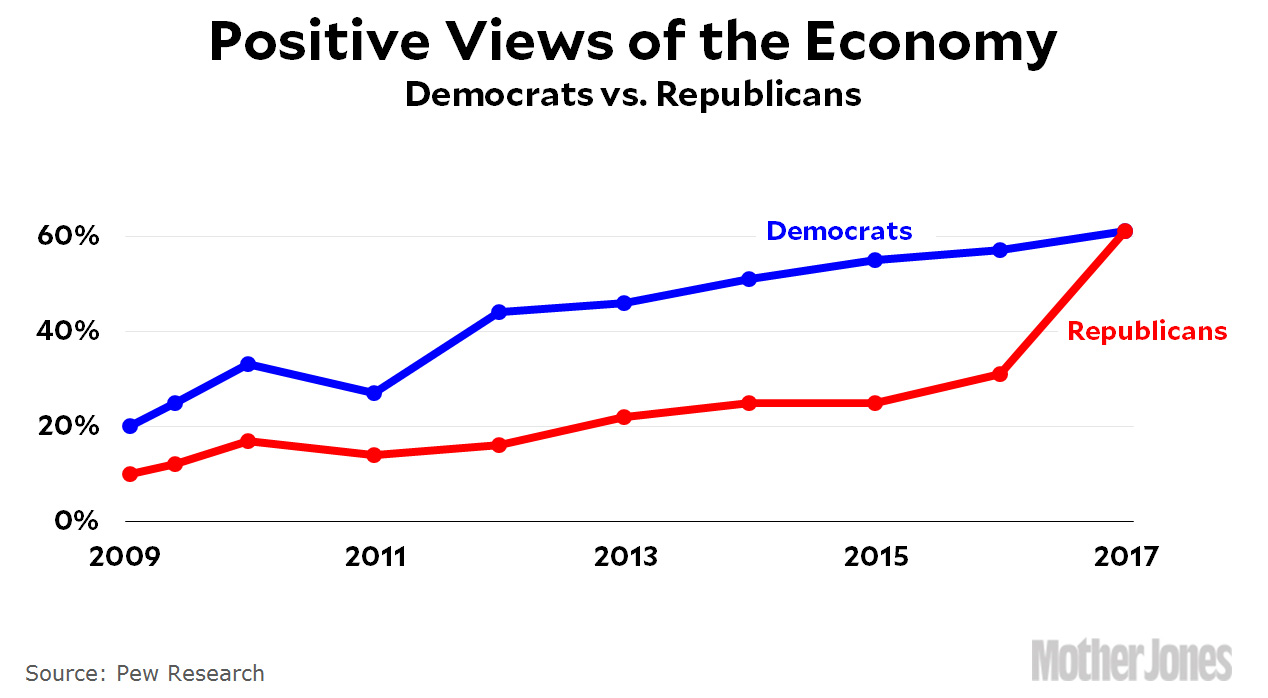 Here’s the interesting part. It’s normal to assume that people think better of the economy when one of their own is president. But is it true? During the recovery from the Great Recession, Republicans consistently rated the economy worse than Democrats. When Trump took over, their views suddenly skyrocketed, with a full 61 percent now having a positive view of the economy. Apparently Republicans do indeed view the economy through a partisan lens.

If Democrats followed that pattern, their view of the economy would have plummeted in 2017. But it didn’t. It went up again, at about the same rate as previous years. Democrats, it turns out, don’t view the economy solely through a partisan lens. If you’re looking for an explanation, my guess is Fox News and the rest of the conservative disinformation machine. You can take your own guess in comments.

And now for immigration. Last month, DHS Secretary John Kelly bragged that illegal border crossings were down. This month he crowed about it again. But a sharp-eyed reader pointed out that there’s really nothing unusual about the latest numbers: 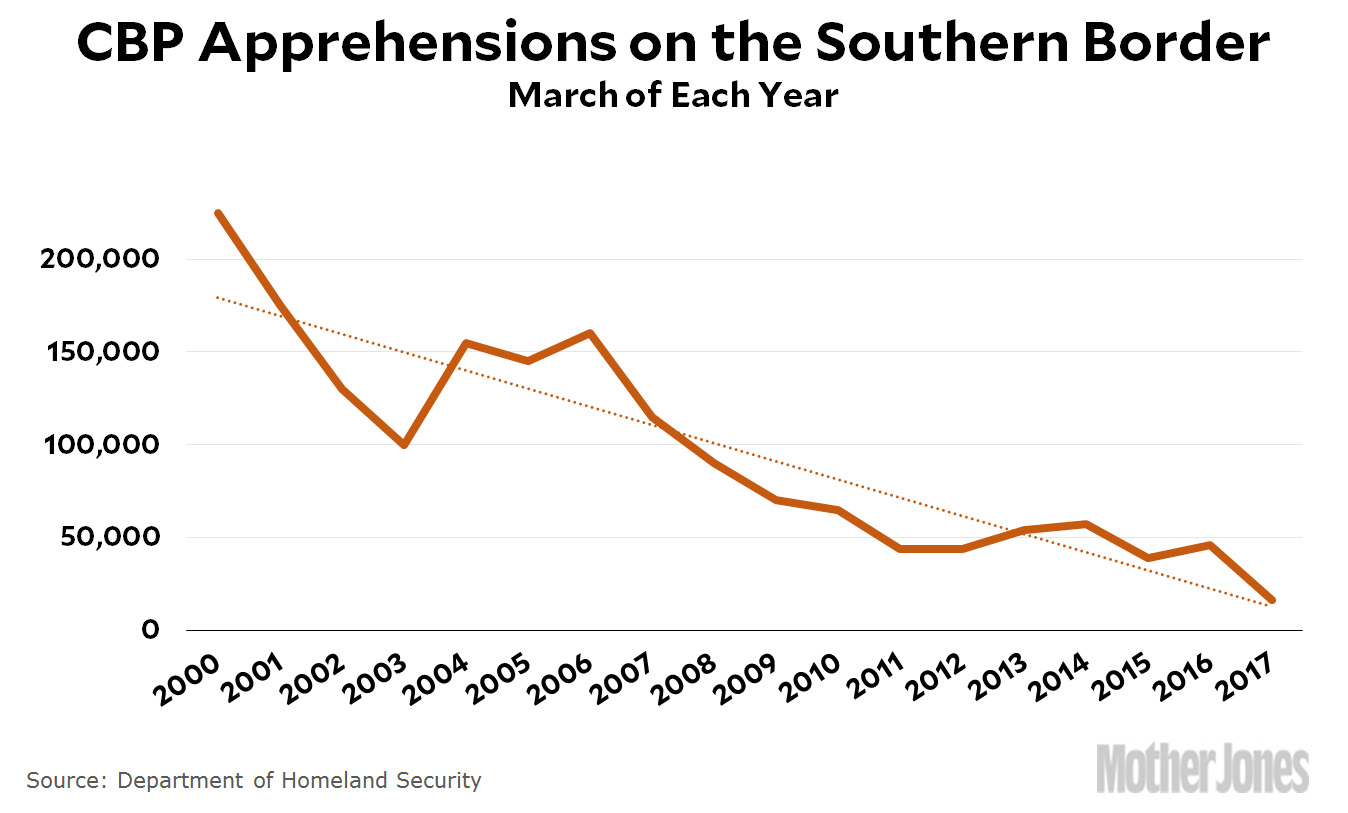 Border apprehensions in March have been on a steady downward trend for nearly two decades. This year’s numbers are just following that trend. Last month I thought that President Trump’s fear campaign might be having a real impact, but now I doubt it. There’s no special reason at all to think that anything he’s doing is having much effect at all.

UPDATE: The CBP apprehensions chart originally had the wrong number for 2017. The correct number is 16,600. The chart has been updated.