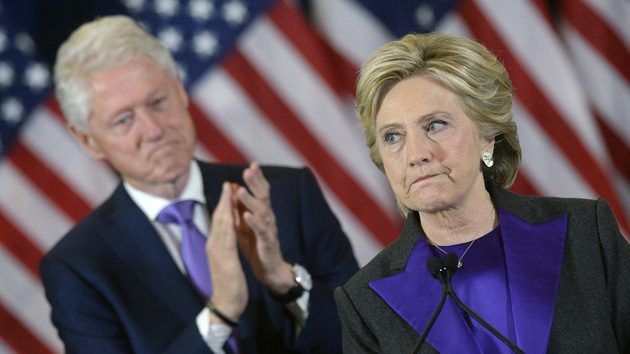 The latest thing for the caterwauling classes to caterwaul about is Hillary Clinton’s recent interview with ReCode. Basically, she said that the big reasons she lost the election were Russia, the Comey letter, and the media’s infatuation with her email server. Everyone is outraged that she refuses to admit that she herself made gigantic mistakes that led to her loss.

So she’s right. I guess everyone wants her to be the captain going down with her ship, but that’s stupid. She accurately described why she lost. Why shouldn’t she?

But still, what about all the stuff she screwed up? There wasn’t that much, really, but sure, there are a few things:

But look: no candidate is perfect and every campaign has stuff like that. It comes with the territory. And despite all that, Clinton had a comfortable 7-point lead by the end of September. Those things couldn’t have been the reason for her loss since they were all well known by then. After that, she crushed Trump in all three debates and was all set to win.

So why didn’t she? The answer is pretty simple: despite running a pretty good campaign, she got walloped by things that decidedly don’t come with the territory: Russian interference via the WikiLeaks drip; an indefensible letter released by the FBI director; and a press corps that treated the Comey letter like the OJ trial. She got slammed late in the game, and had no time to recover.

That’s just what happened. Denying that reality because we like losers to wear hair shirts is dumb.

Now, there is one thing I’m still curious about: did her data analytics team blow it in the (now) infamous states of Wisconsin, Michigan, and Pennsylvania? In most recent campaigns, there’s at least one embedded reporter who promises to embargo everything until after the election, and then gives us the inside dope when it’s all over. But I guess Clinton didn’t allow that, so we don’t really have an inside view. Supposedly, though, internal polling is far more accurate than the stuff we plebs see, and it should have alerted her that something was going on in her firewall states.

Did the analytics fail? Or did they work just fine, but she ignored them? To this day, does anyone know?