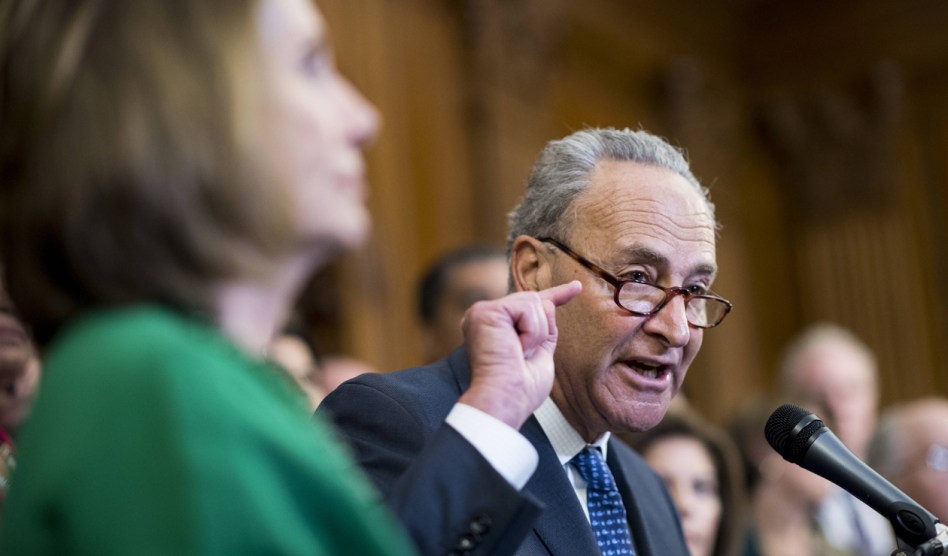 This morning I suggested that President Trump’s deal with Democrats to extend government funding and the debt ceiling for three months was, in fact, something of a relief to Mitch McConnell and Paul Ryan. They wanted a deal that solved their near-term problems, but because the ultra-cons in their own party opposed any kind of compromise, they also wanted to keep their fingerprints off it. Having Trump do the dirty work was perfect for them.

I think it’s safe to say that no one on the planet agrees with me:

I suppose Occam’s Razor supports this view. Trump was most likely being his usual dickish self. He’s mad at McConnell and Ryan right now, so he decided to screw them over with a clumsy warning that he might team up with Dems if they don’t start toeing the Trump line.¹ Anything more complicated than that is probably beyond Trump’s emotional and cognitive range.

And yet…there’s still something odd about this. Two somethings, in fact:

I’m no legislative guru, but if I didn’t know better I’d say that today’s outcome sounds like a preplanned bit of McConnell kabuki. OK, we’re agreed. In the morning Paul will call a 3-month increase ridiculous. We’ll pretend to argue about it in the Oval Office. Halfway through you’ll cut us off and agree with the Democrats. Be sure to make it look real, Mr. President! Then Paul and I will come out looking whipped, and I’ll make it clear that we hate this and are only doing it because the president laid down the law. We’ll even manage a few leaks to make it look more authentic. Everybody loves it when anonymous sources deliver some dirt. Everyone in? Good.

I know, I know. There’s no way. This kind of stuff only happens in bad movies, and Trump is incapable of playacting like this anyway. But damn. This whole deal still looks so good for McConnell and Ryan that I’d swear it was choreographed.

¹This has never made any sense, since Republicans control the floor of Congress. Trump can work with Democrats all he wants, but their bills are going precisely nowhere unless Ryan and McConnell let them. For some reason, though, this possibility seems to be taken seriously by a lot of people.