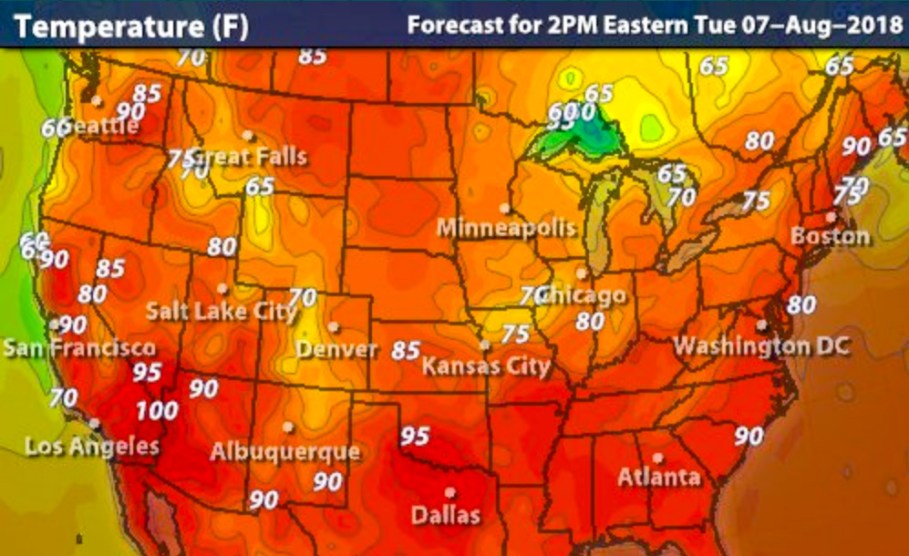 David Roberts says—correctly—that the climate community has inexplicably concluded that it knows how to change the public’s mind about climate change:

7. “Things are bad, humanity is at fault, fossil fuel cos. are preventing action, but don’t worry, we can still succeed if we muster the political will!” 💤 How many times have I read that piece? Somehow we’ve convinced ourselves this is the “correct” sequence of messages…

8. … yet the result is boring as F. People aren’t reading/viewing this stuff & forming the next civil rights movement. They’re changing the channel. Somehow all the amateur social scientists have succeeded in crafting the perfectly accurate, perfectly boring template.

So what’s the answer? Hear me out for a bit on this.

The problem itself is obvious enough: people generally don’t like to sacrifice now in order to avoid some kind of disaster later. The impulse that prompts us to eat a cookie even though it will eventually make us fat is the exact same one that prompts fossil-fuel companies to deny global warming even though it will eventually put all their refineries underwater. We call the former “hyperbolic discounting” and the latter “free market capitalism,” but it’s all the same thing.

There are other things that make it hard to fight climate change—it’s slow, it’s invisible, it’s global, it’s expensive, etc.—but it’s the bit about sacrificing for the future that’s the real killer. We humans just aren’t very good at that. So what strategy might work to get us all to give a damn?

For starters, we might try to think of examples from the past in which large societies decided to engage in communal sacrifice for long periods of time in order to avert some kind of future disaster. I’ll wait while you come up with some.

You’re having a hard time, aren’t you? A few years ago Jared Diamond wrote a whole book about societies that looked collapse straight in the face and … chose to collapse. But we’re looking for examples of success. Where do we find them? Here are a few:

I’m not going to continue. I’m simply going to assert that these represent the two basic classes of successful, large-scale response to impending disaster. In the first, the cost is fairly small. In the second, an enemy is involved. Unfortunately, neither one works in our favor right now. If CO2 were rising due to a massive terraforming war being fought from afar by our neighbors on Venus, no cost would be too high for us to fight back. Likewise, if it were all China’s fault, we’d already be fighting like hellions. But it ain’t so. We’re doing this to ourselves, and I can’t think of any good way to put an enemy’s face on it.

That leaves only one solution: make it cheap to fight. If we can make the sacrifice fairly small, everything changes. But how? A ban on plastic straws, for example, is certainly a small sacrifice, but it’s performative, not real. In fact, pretty much all sacrifices on a personal level—straws, Priuses, recycling, etc.—are fine, but add up to approximately zero. As long as we’re collectively committed to extracting and burning every last hydrocarbon molecule in the earth’s crust, everything we do is just for show.

And make no mistake: we are committed to burning every last hydrocarbon molecule in the earth’s crust. Norway is a lovely, green, socially conscious, Nordic-model democracy. But they are as rapacious as Saudi Arabia in making sure to extract every bit of oil they can from the North Sea. Or how about nice, socialist Canada? Ditto, and they even demand that we build pipelines across the Midwest to transport their oil. Poor, oppressed, earth-loving Africa? Ditto again. The only places on earth that aren’t busily extracting every bit of gas, coal, and oil they can are the places that don’t have any gas, coal, or oil.

In other words, we’re doomed—unless we can figure out a way to make fighting climate change free or cheap. That means renewable energy at scale that’s cheaper than fossil fuels. This is it. There is no other answer.

And that in turn means one thing: lots and lots of R&D and lots and lots of subsidized infrastructure buildout. Put it on the national credit card and it won’t cost much. Convince climate scientists to stop waffling constantly about the cause of increased wildfires, droughts, hurricanes, and so forth, and people will be willing to pay for it. It will take a while, but so would any other solution, and this at least has a chance of working. The coming approach of high-level AI and robotic technology makes it even more feasible.

So in case you’re wondering, this is is basically my take on climate change these days. I don’t like it, but there you have it. Scientists should all be willing to publicly advocate for the level of fear and danger that’s truly appropriate to climate change, and politicians should commit to R&D and infrastructure subsidies without raising taxes to do it. This might work. Nothing else will.