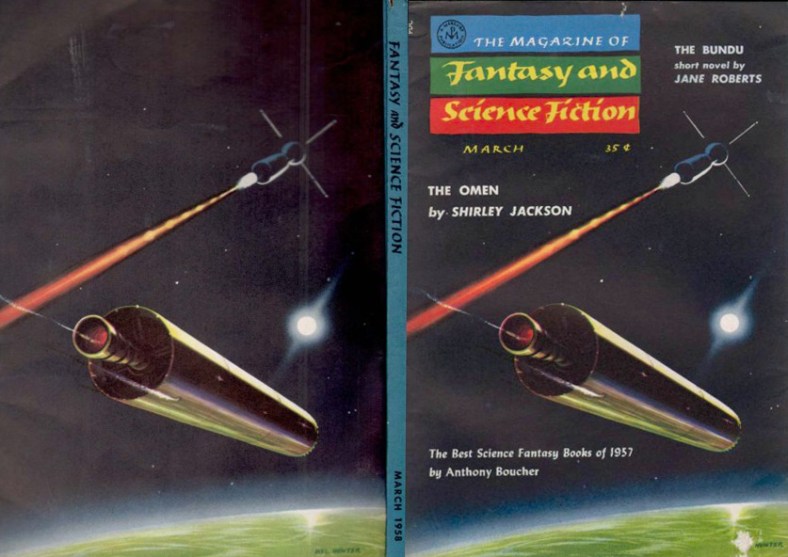 While I wait for someone to deliver a bomb to my door,¹ I have been distracted once again by somebody pointing me to Merriam Webster’s list of words that first appeared in a given year. I’ve looked at this before, but it must have been a while ago because I didn’t notice one word in particular that’s been living in my head rent-free for the past four years:

The evil dex turned 60 this year, just like me! Well, 61, anyway, according to Wikipedia. But nobody wrote about it until 1958.

Merriam Webster also claims that 1958 was the first time that several mathematical terms were seen in print: Cartesian product, linear regression, multiplicative identity, multiplicative inverse, percentage point, and two’s complement. I can buy the last one, but the others seem unlikely to have first been written down in 1958.

Allegedly, my birth year also lays claim to sex kitten, software, tesla, prequel, and stackable. I wonder what prequel was written in 1958 that gave rise to this neologism? I suppose that these days it takes less time to look it up than it does to actually ask the question. And here it is:

According to the Oxford English Dictionary the word “prequel” first appeared in print in 1958 in an article by Anthony Boucher in The Magazine of Fantasy & Science Fiction, used to describe James Blish’s 1956 story They Shall Have Stars, which expanded on the story introduced in his earlier 1955 work, Earthman Come Home.

And there you have it.

¹Marian does not appreciate this joke, by the way.