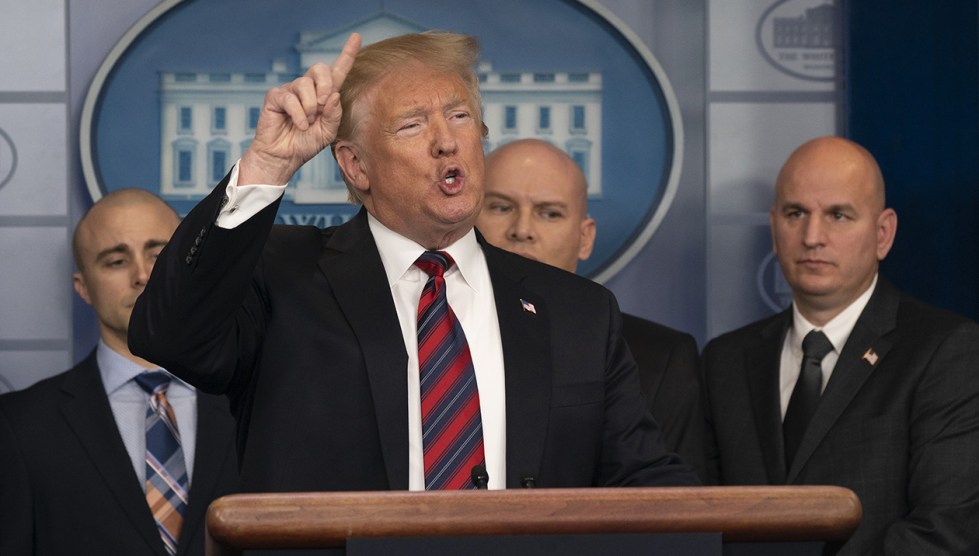 Here’s a plucky prediction: President Trump’s primetime address about border security tonight will be relatively factual. Ever since he announced it, news about the speech has been dominated by complaints that the TV networks are willingly handing over time for Trump to broadcast his usual litany of lies about illegal immigration, and that’s going to push his speechwriters to take extra care not to include any provable deception. As for Trump himself, he’s savvy enough about TV—and uncomfortable enough with giving an Oval Office speech with no audience—that he’ll probably read the words on the teleprompter straight.

But what words? Here is Mickey Kaus’s advice:

If I were Trump I’d emphasize need to stop people from dying in the desert & threat of drugs & crime & threat to livable wages before emphasizing terrorism. Many non-GOP voters probably allergic to arguments about latter. Goal is to reach unconverted, no? https://t.co/nulME9BBeI

Kaus may have lost his mind over illegal immigration, but that means his advice is 100 percent sincere. What’s more, he’s a smart guy who’s pretty grounded in what’s likely to work and what isn’t.

Plus, I happen to agree with him.¹ Especially after the NBC News story exposing all the administration lies about terrorists crossing the border, Trump would be well advised to avoid talking about it at all. Conversely, he can truthfully talk about things like drug smuggling, MS-13, court backups, murders committed by people in the country illegally, and the caravan of asylum seekers who are currently crowding the Mexican border. He can easily avoid using any statistics—which are boring for most people anyway—except in a few cases where he really does have some dramatic numbers to choose from. He doesn’t need to lie to give a strong speech, and I think he’ll try to avoid it tonight even though he normally lies just for the hell of it.

And needless to say, he should simply say nothing about the number of undocumented workers coming across the border, which has been declining for years. Even mentioning it accomplishes nothing except to give the fact checkers an excuse to display this famous chart from Pew Research:

The details of what Trump says will depend on whether he decides to declare a state of emergency over the border. If he does, he should stick solely to security-related issues—with a minute or so left over to blame Democrats for compelling him into this last resort by acting like stone partisan obstructionists who don’t care about national security. If he doesn’t declare a state of emergency, then expanding the speech to include a few beats about humanitarian issues might be helpful to him.

We’ll see. Trump is Trump, and his advisors might not be able to prevent him from repeating some of his favorite lies. But I’ll bet he’s going to be more careful than usual tonight.

POSTSCRIPT: And the government shutdown? He probably needs to mention it, but my guess is that Trump is better off not reminding people that it’s even happening. It’s a useful talking point to beat up Democrats over, but a sentence or two is probably plenty.

¹I don’t mean that I agree with him about the wall—or much of anything else related to illegal immigration. I just agree that if I were on the other side, I’d consider this pretty sound advice.