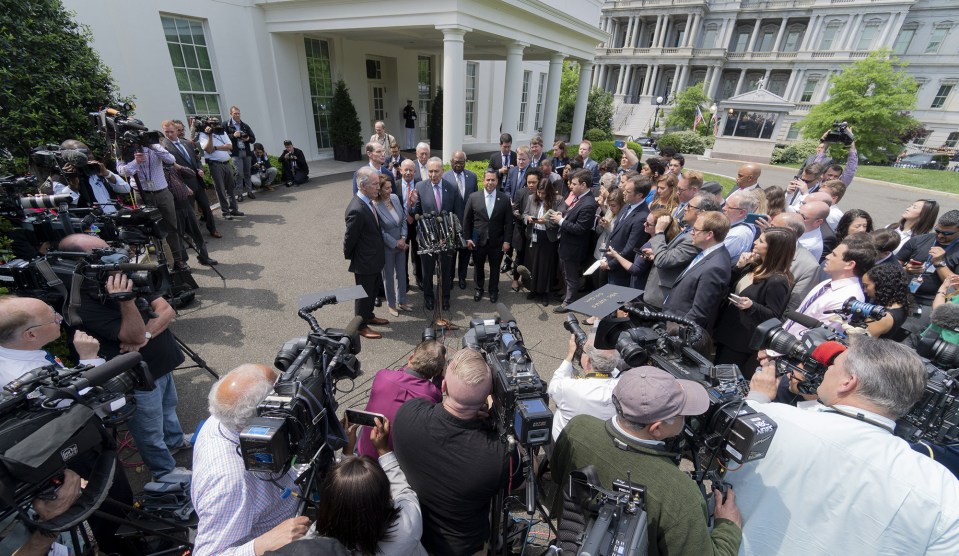 Chuck Schumer and Nancy Pelosi talk with reporters this morning after meeting with President Trump and agreeing on a $2 trillion infrastructure plan that will become reality as soon as someone finds $2 trillion. Chuck and Nancy both pretended to be delighted and the press pretended to believe them.Douglas Christian/ZUMA

Senate minority leader Chuck Schumer emerged from the White House this morning to report that President Trump had agreed to a $2 trillion infrastructure plan. Hallelujah! There’s just one teensy weensy detail to be worked out:

“The ball is in their court,” Schumer said. “We told him that, it was repeated over and over again, that unless he is willing to come up with the pay-fors for this large package, it will never get done, and he agreed. And so we agreed to meet in three weeks, the same group, and they would present what their pay-fors would be, and I thought that was encouraging.”