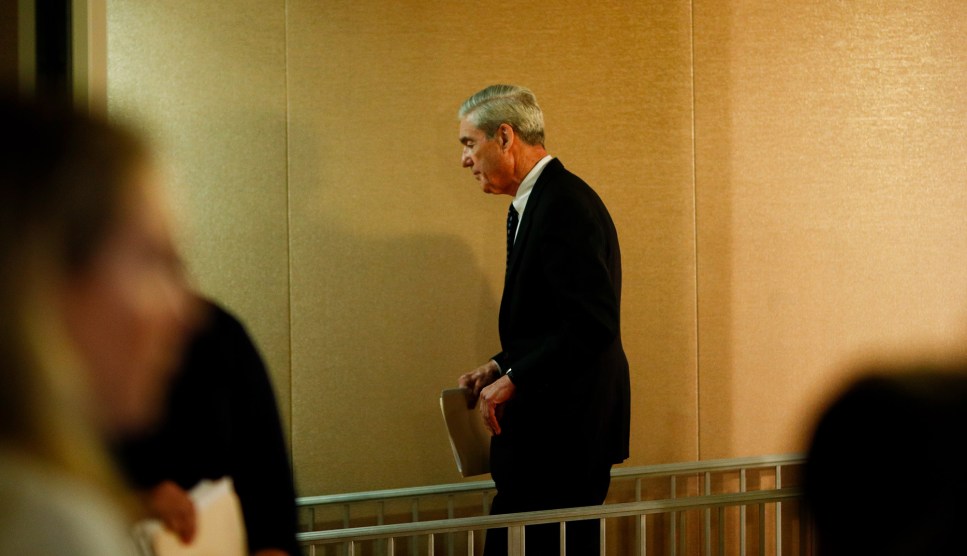 Special Counsel Robert Mueller just finished a press conference and said it would be his last and only public comment on his investigation into the Trump-Russia affair. He is retiring from the Justice Department and declined to to take any questions after reading a statement.

In that statement, he reiterated that it was a “longstanding” policy of the Justice Department that a sitting president cannot be charged with a federal crime. “Charging the president with a crime was therefore an option we could not consider.” This appears to be the sole reason that the report made no recommendation on the obstruction-of-justice charges. He also reiterated that if he had found conclusive evidence that President Trump didn’t obstruct justice, the report would have said so.

On the subject of testifying before Congress, Mueller appeared to say that this was off the table. “The report is my testimony. I would not provide information beyond that which is already public in any appearance before Congress.”