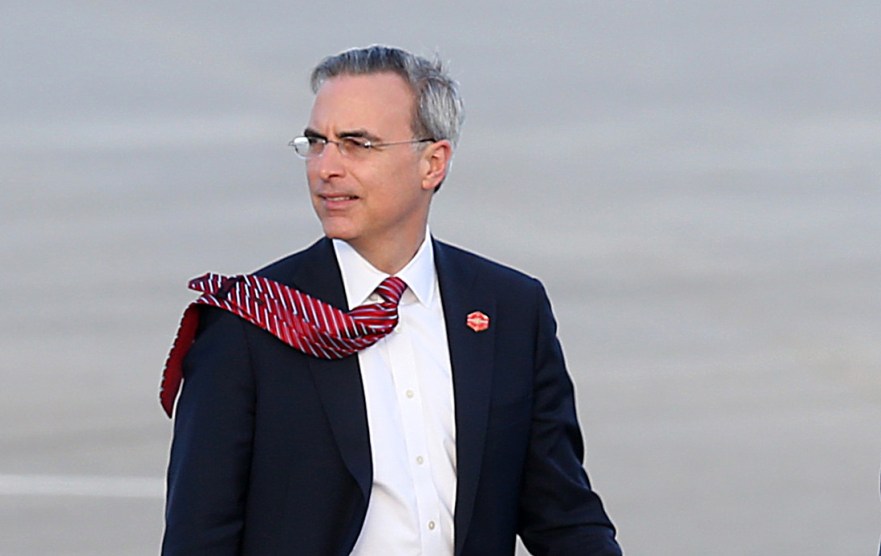 This is practically the only known photo of White House Counsel Pat Cipollone. But I'm sure there will be lots more soon.SMG via ZUMA

Donald Trump’s usual MO is to make breathtakingly sweeping arguments and then dare anyone to disagree. And that’s exactly how he plans to treat Congress:

The White House’s top lawyer told the House Judiciary Committee chairman Wednesday that Congress has no right to a “do-over” of the special counsel’s investigation of President Trump and refused a broad demand for records and testimony from dozens of current and former White House staff.

White House Counsel Pat Cipollone’s letter to committee Chairman Jerrold Nadler (D-N.Y.) constitutes a sweeping rejection — not just of Nadler’s request for White House records, but of Congress’s standing to investigate Trump for possible obstruction of justice….“Congressional investigations are intended to obtain information to aid in evaluating potential legislation, not to harass political opponents or to pursue an unauthorized ‘do-over’ of exhaustive law enforcement investigations conducted by the Department of Justice,” Cipollone wrote.

My, my. Congress has no right to perform an “unauthorized” investigation. Who exactly does Cipollone think should authorize such a thing? Trump himself? Can you imagine how Trey Gowdy or Jason Chaffetz would have reacted to a similar statement from President Obama’s White House counsel?¹

As I’ve said before, this is all a delaying action. It’s going to end up in court and Trump will appeal it all the way to the top. It doesn’t matter all that much whether he wins or loses, only that the final decision happens after November 3, 2020. After that, he’ll either continue stonewalling and provoke a constitutional crisis, or else he’ll be out of office and assumes that President Biden or President Harris will decide that “healing” is the order of the day, not further investigations. That’s how it usually works when Democrats win the White House, after all.

¹And it’s worth noting that in the case of Hillary Clinton’s emails, Republicans continued investigating even when there really had been a law-enforcement investigation that reached an unequivocal conclusion. No such thing has happened this time. Robert Mueller explicitly said he was not exonerating Trump on obstruction-of-justice charges and would leave that up to others based on the evidence he laid out. Needless to say, Congress has every right to take him up on that.