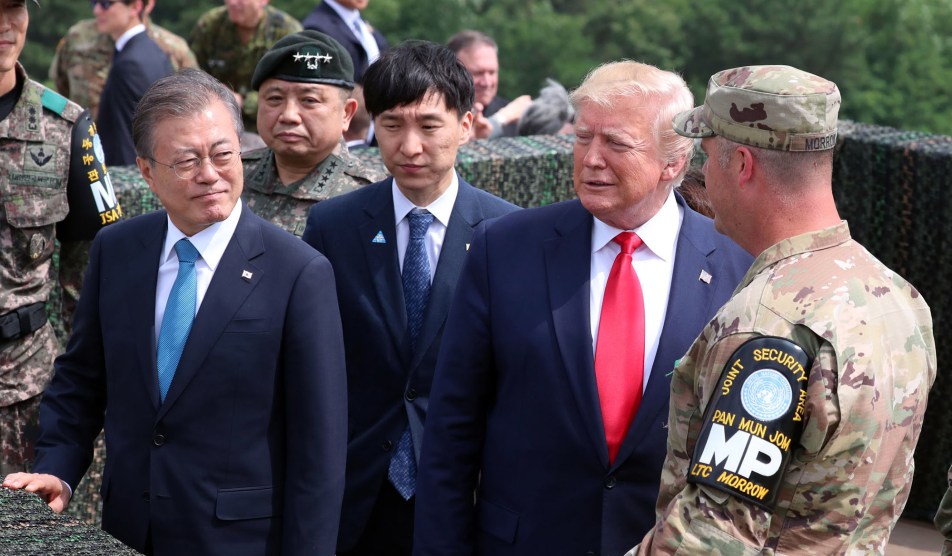 President Deals has a proposal for Kim Jong Un:

For weeks before the meeting, which started as a Twitter offer by the president for Mr. Kim to drop by at the Demilitarized Zone and “say hello,” a real idea has been taking shape inside the Trump administration that officials hope might create a foundation for a new round of negotiations. The concept would amount to a nuclear freeze, one that essentially enshrines the status quo, and tacitly accepts the North as a nuclear power, something administration officials have often said they would never stand for.

It falls far short of Mr. Trump’s initial vow 30 months ago to solve the North Korea nuclear problem, but it might provide him with a retort to campaign-season critics who say the North Korean dictator has been playing the American president brilliantly by giving him the visuals he craves while holding back on real concessions.

Sure, this is a deal that any president for the past three decades could have gotten. And they have! And North Korea has repeatedly broken agreements for a freeze. And Trump said he’d never, ever agree to such a stupid thing because he, and he alone, knows how to stay tough and get good agreements. But c’mon, there’s a campaign coming up.

In related news, Iran has broken the uranium limit on the 2015 nuclear deal, which Trump promised he’d replace with a tougher one. And Trump has caved in on imposing more tariffs on China because China agreed to buy more food from us, which is hardly a concession since they’ve wanted to do this all along. And NAFTA 2.0, which does hardly anything in the first place, can’t even get congressional approval.

Quite the negotiator, our president.