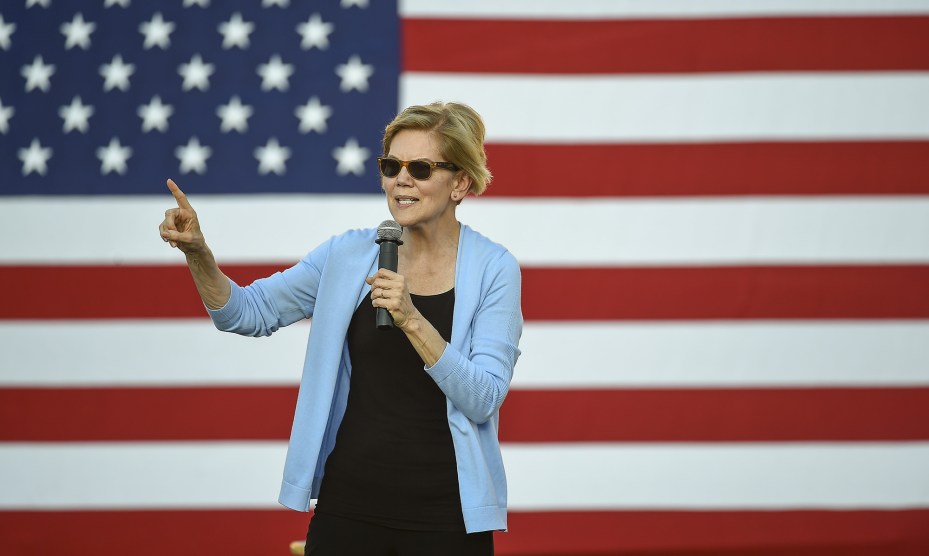 As long as I’m looking at climate plans, let’s look at a few others. Elizabeth Warren doesn’t really have a climate plan, but she does have three pieces of a climate plan buried in the 34-point “Latest Announcements” section of her website:

This is a hard plan to judge because it’s really only a skeleton. On the downside, nearly all the money goes to subsidies (I assume) for American-made clean energy products. If this were 15 percent of a $10 trillion plan, I might buy it. But three-quarters of a $2 trillion plan? Not so much.

On the bright side, Warren wants to spend $400 billion on R&D. That’s woefully insufficient, but it does represent 20 percent of her entire progam and perhaps demonstrates that she gets the importance of this. Compare this to the Sanders plan for R&D, which allocates more in absolute dollars but represents only 5 percent of his plan—much of it preallocated to specific hobbyhorses.

Finally there’s $100 billion to encourage other countries to use our technology. That’s fine, but the real answer is to fund an R&D program so aggressive that it will produce products other countries want without having to be pushed. They’ll want it solely because it’s cheaper and better than anything they can get elsewhere.

Warren’s plan is too timid by half and it lacks much detail. On the other hand, she allocates 20 percent of her dollars to R&D and doesn’t pretend that she knows in more detail where to direct it. She also wisely avoids gratuitously hitting hot buttons that would feel good but probably reduce support for her plan. Another plus is that her climate change plan is a climate change plan, not a kitchen sink in which to throw every conceivable lefty fetish. Overall I’d give Warren’s plan an Incomplete, but since we’re judging on what’s here right now, I’ll give her a C-.

BY THE WAY: In case you’re wondering, my baseline for seriousness on R&D is about $5 trillion over ten years. This should be the backbone of any climate change plan.