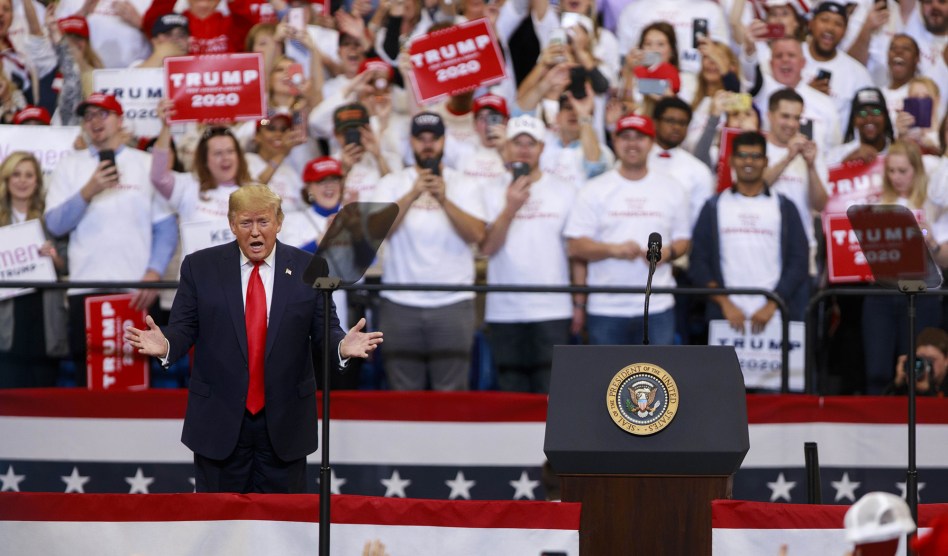 For quite a long time the following thought has been rolling around in my head:

What hasn’t been rolling around in my head is the notion that this thought could be turned into a long cover story in the Atlantic. But Yoni Appelbaum is smarter than me:

The history of the United States is rich with examples of once-dominant groups adjusting to the rise of formerly marginalized populations—sometimes gracefully, more often bitterly, and occasionally violently….But sometimes, that process of realignment breaks down. Instead of reaching out and inviting new allies into its coalition, the political right hardens, turning against the democratic processes it fears will subsume it.

….Trump has led his party to this dead end, and it may well cost him his chance for reelection, presuming he is not removed through impeachment. But the president’s defeat would likely only deepen the despair that fueled his rise, confirming his supporters’ fear that the demographic tide has turned against them. That fear is the single greatest threat facing American democracy, the force that is already battering down precedents, leveling norms, and demolishing guardrails. When a group that has traditionally exercised power comes to believe that its eclipse is inevitable, and that the destruction of all it holds dear will follow, it will fight to preserve what it has—whatever the cost.

I think this is pretty much true, and that it explains the seeming terror that has taken hold of so many conservatives. It explains why Mitch McConnell doesn’t care much about legislation of any kind but grimly continues to confirm federal judges: it’s his only bulwark against a future in which Republicans lose power completely for a decade or two. It explains why a formerly mainstream party not only voted for Donald Trump in the 2016 primaries, but voted overwhelmingly for him even though they had a perfectly normal field of competitors to choose from. It explains a multi-decade effort at voter suppression that has consumed the party even though it’s unlikely to put off the inevitable by more than a year or three.

In 2012 I thought that the Republican Party had gone as far as it could to get votes from the white working class. There was just no more blood to be squeezed from that particular turnip. But I was wrong—barely. In 2016 they did what no one could have predicted by nominating a guy who was an all but open racist. And it worked, buying them just a few more votes than it lost them. Once again, they gained a few years.

But it can’t last forever. The Republican Party has already gone much further down the road of lashing itself to the cause of white racial resentment than I would have guessed possible. How much longer can it last? Like most bubbles, longer than you think. But someday the bubble will burst. The big question is, what will happen next?