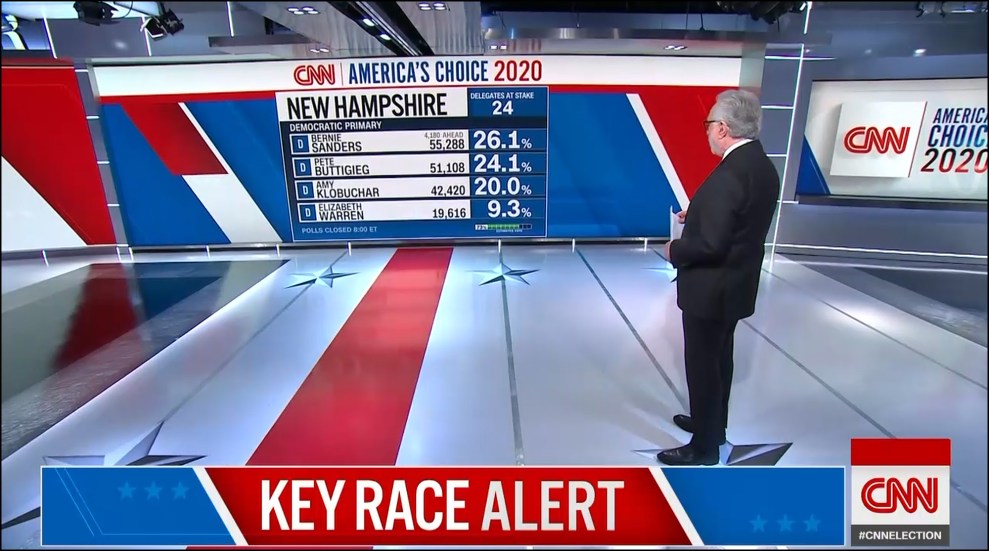 As we all know, the key to winning the media race is to do “better than expected.” By that measure, Amy Klobuchar blew away the competition in New Hampshire tonight. She went from 9 percent in the weekend polls to 12 percent in the final polls to 20 percent in the actual voting. That’s a helluva surge.

Still, Sanders and Buttigieg remain the frontrunners, and it’s not clear how much support Klobuchar has in the upcoming contests in Nevada and South Carolina. Or, rather, it is clear, and the answer right at this moment is “not much.” But her surprise finish in New Hampshire could change that overnight. It could also change her fundraising just in time for Super Tuesday in three weeks. I’ll let you know if I start seeing Amy For America ads here in California.

It looks to me like Joe Biden is dead in the water. The worst possible thing for an electability candidate is to lose, and Biden has now lost twice in spectacular fashion. Will his “firewall” of South Carolina stick with him now that he doesn’t seem so electable after all? I doubt it.

There are still some votes to count in New Hampshire, but probably not enough to change things much. It looks like this is how the evening will end.