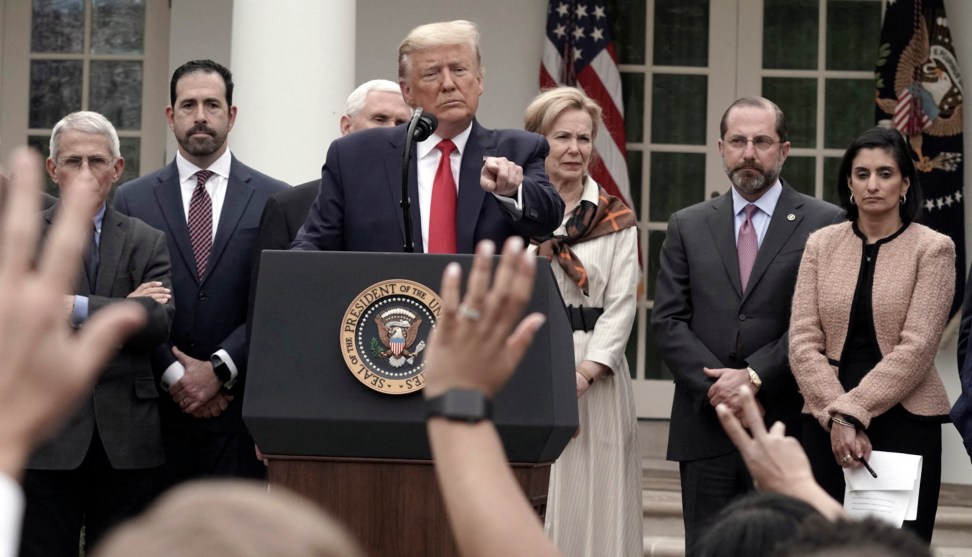 Like many of you, I cringed my way through President Trump’s coronavirus press conference a couple of hours ago. There are so many takeaways that they’re hard to list. Trump claimed that a Google triage website was either ready now or just about ready—it was a little hard to tell—but then Google followed up afterward with a tweet saying that development was in “early stages.”¹ Trump spent upwards of half his time congratulating himself for the great job he’s done and then blaming all our problems on bureaucratic tangles he inherited from Obama. He invited business people to the podium and then shook all their hands—precisely what doctors have told us not to do. He said drive-up testing stations were available, or would be soon, or something, without any indication of when and where they would be. The coronavirus, he said, would soon “wash through” and everyone would come out the better for it. And he hardly even mentioned any of the following:

Trump had a nationally televised stage to urge good habits on people, but he didn’t. It’s always all about him. Everything is always about him. It’s unbelievable.

¹Actually, it’s worse than that: it will initially direct people only to pilot sites for testing in the Bay Area. “In all,” says The Verge, “the difference between the reality of what is being built and what was promised during the press conference is very large.”