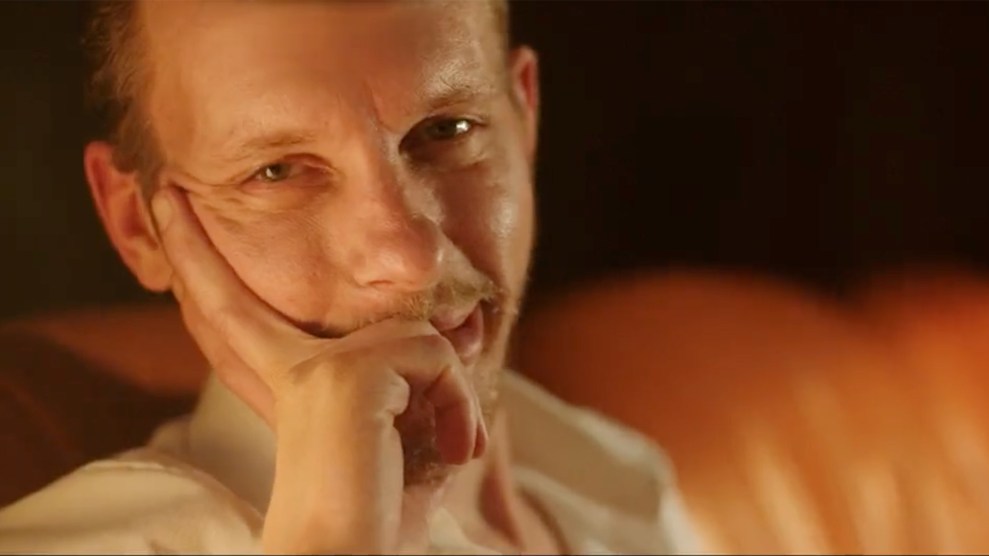 British actor Laurence Fox as Hunter Biden, in the new Breitbart-produced movie, "My Son Hunter", a preview for which posted to Truth Social on Friday night.My Son Hunter/Twitter

About a year ago, my colleague Dan Friedman reported that Rudy Giuliani, Donald Trump’s ne’re-do-well lawyer and chaos agent, was having a rough time catching a break… in the movie business.

The project, Dan wrote, was “a documentary advancing discredited allegations about Joe and Hunter Biden’s involvement in Ukraine during the Obama administration.” As MoJo reported in 2020, Giuliani had been trying to drum up a cool $10 million for a film that could act as a campaign “kill shot” on Biden, according to one source.

But it’s a tough biz. Nothing ultimately came of the project, aside from some bad footage. But it did attract the interest of investigators at the FBI, who wanted to know if the former New York City mayor had violated foreign lobbying rules. The creatives eventually fled the project after squabbling over money and vision. “The thing I took away from it was, ‘Jesus, these guys are morons,’” one of them explained.

But fear not, movie buffs. Rudy couldn’t get his Hunter venture off the ground, but another group of filmmakers appears to have finally pulled it off. On Friday night, a trailer for My Son Hunter, a Breitbart-produced film directed by Die Hard actor and CPAC stalwart Robert Davi, dropped on Trump’s financially embattled media platform, Truth Social.

As incredulous as I was, I’m sorry to confirm it’s real: As Breitbart itself explains, the film represents the company’s “expansion into film distribution” (shudder) and is “a crowdfunded project inspired by the investigative reporting of Peter Schweizer and Breitbart News.” (Full-body shudder).

The film, a febrile fictionalization of the many Hunter Biden conspiracy theories, stars British actor Laurence Fox as Hunter. Fox was a noted anti-lockdown activist and ivermectin-enthusiast back home, and also ran a failed bid to become the mayor of London. Schweizer is the conservative author of Clinton Cash, who has worked with Steve Bannon for years. His less successful follow-up book included reporting on Hunter Biden.

As for the trailer: I suppose it’s trying to give me Succession or House of Cards, but with palpably strong “this has got to be a parody, right?” vibes. I guess this is the sinister underbelly that far-right types have feverishly imagined for years? Gangster boss Joe and his partying son, doing deals with a syndicate of international criminals—Chinese, Ukrainian, others. The film appears to have some arty fantasy sequences showing the Biden gang throwing around actual cash. (Unsurprisingly, it’s also deeply cruel in its mocking depiction of addiction.)

Just when you thought that was dispiriting enough: Some of the actors break the fourth wall to address the audience to inform us about how bad all this is. “What’s happening in there?” a campy agent-type, played by The Mandalorian actress Gina Carano, says directly into the camera. “Joe’s in on it.”

Pass the popcorn, and then the vomit bag.

the producers of the breitbart-backed movie about hunter biden apparently dropped a full trailer on truth social last night, and it is really something. pic.twitter.com/16aFQ0jYy0