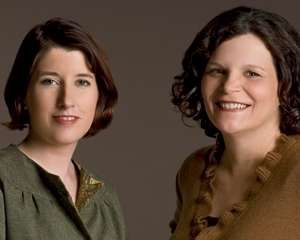 IN OUR BUSINESS, you can’t swing a dead cat without hitting some expert waxing on about what ails journalism and how to fix it. Gratingly, many of those who tout prescriptions are the same people who let the patient get critical. And the new-media pundits whose analysis was fresh five years ago now feel like a Greek chorus that won’t shut up after the curtain’s down and the seats are empty. (Or, to retweet @theatavist, a.k.a. writer Evan Ratliff: “Maybe the future of journalism is just an endless vacillating din of banal bluster and whinging about the future of journalism.”) We’ll save you the agony; here’s the Masterplots version:

So where does that leave us? All the honest pundits will give you the same answer: No &$#@ing idea. We may well end up with a society that simply doesn’t have the quantity and quality of journalism we’ve enjoyed. Other countries don’t; though those that run well also have functioning regulatory systems and raucous, diverse, parliamentary oppositions—not our two-party compromise machine.

But before we resign ourselves to whinging and vacillating, let’s try to rewrite this tragedy. Many Mother Jones readers already help by writing checks beyond the price of a subscription; it’s those checks­ that pay for our reporters and earn the attention of the Times and others who have spotlighted our reader-supported model as one promising avenue for journalism.

What it’s going to take is for many more Americans to decide that quality reporting—be it on local school boards or Iraq or climate negotiations—is as vital to their lives as box scores and celebrity spats. As media theorist Clay Shirky recently wrote, “Journalism is about more than dissemination of news; it’s about the creation of shared awareness,” and ultimately the ability to act on that awareness. Because make no mistake: This is a zero-sum equation. Less journalism = less accountability. Corruption, nepotism, cronyism, and propaganda thrive when reporting dies. That’s not a price we’re prepared to pay.

Update: Clara breaks down the cost of a blockbuster investigation published by the New York Times Magazine and ProPublica here.