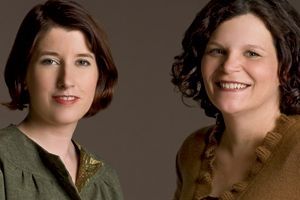 Say what you will about Glenn Beck (yes, that…and that…and that, too), but he’s good at what he does. The wink, the nod, the tilt of the head, the preacher’s roar, and the seducer’s whisper—he deploys them all deftly, beautifully, really, if you’re into that sort of thing. This is a guy, after all, who helped pioneer the rants-and-pranks format known as morning-zoo radio back in the ’80s. (That was before Beck divorced, quit coffee and cocaine, remarried, and became a Mormon.) As Beck himself pointed out this spring, “I could give a flying crap about the political process…we’re an entertainment company.”

Fine. All of us in media are, to some extent, entertainers; all of us make a deal with the audience that you’ll give us your time, and we’ll try to make it worthwhile.

But we also make another deal. We promise to inform, challenge, or amuse you, and in return we ask for your trust. And that means the information (or amusement) we offer shouldn’t set you up as prey for someone else.

That’s the contract Glenn Beck has broken. Over and over on his show, he’ll lecture listeners on how the US dollar is about to go kablooie as the Obama administration destroys the republic to achieve its dream of global socialism. If you don’t prepare for the meltdown by buying gold, he warns, you’re not taking care of your future. And who should you buy gold from? Why, the same company that—now that most mainstream advertisers have fled Beck’s toxic orbit—is one of his biggest remaining sponsors: Goldline.

All of us in media make a deal. We promise to inform, challenge, and amuse you. In return we ask for your trust. That means we shouldn’t set you up as prey for someone else.

As MoJo‘s Stephanie Mencimer extensively documents, Goldline has been called out again and again for shunting hapless Beck fans into buying not bullion, as was their original intent, but antique Swiss francs and other foreign coins—which Goldline marks up by about a third. In May, Rep. Anthony Weiner (D-N.Y.) asked federal agencies to investigate; Beck responded by asking his audience to send in pictures of the congressman with a “wiener nose.” Much ink has been spilled about how Beck and his cohorts are wrecking the nation’s political discourse (it’s saying something when Bill O’Reilly is starting to look like a voice of civility and reason). Far less attention has been paid to what these talkers, and the politicians who benefit from their invective, are doing to their own constituency. It’s one thing to rail against a president whom you genuinely believe is taking the country off a cliff (we’ve all been there). It’s another to lead your audience into a fantasy world where the political process is controlled by forces so dark and menacing, it really doesn’t make sense to try to participate—but hey, how about that nest egg? “There are those in power who [are] trying to destroy the dollar,” Beck exhorts. “Not much you and I can do about it. Well, there are a few things. You can prepare yourself… If you have the money to buy it, protect yourself from an out-of-control government with gold.”

At Mother Jones, we have a somewhat different view of our relationship with our audience. Not only is our journalism all about giving you information to participate in the public debate, rather than flee from it; we are also, in the most literal sense, in this with you. Donations from readers are what keep the doors open and the reporters on the beat. About 10 percent of print subscribers give above and beyond the sticker price, and our most recent online fundraising drive was one of our most successful ever. Which is good, because while we do take ads (even controversial ones), if we relied on corporate dollars to underwrite investigative reporting, the only place you’d find us these days is on eBay as an obscure collectible.

But there are other, equally important ways in which you are part of this endeavor. Social media tools make it incredibly easy for us to connect in real time—if you’re not among the tens of thousands who follow us on Facebook, Twitter, and Care2, you’re missing out on some great conversations. We’re also rolling out a new commenting system that will make trading ideas with your fellow readers more fun, while also helping us send the trolls back under their bridge. We hope you’ll stop by MotherJones.com to check it out.

One more thing: That elephant sculpture we’ve plastered all over this issue? It’s the trophy for the National Magazine Award for General Excellence that Mother Jones received in April—these awards are our industry’s Oscars, and getting the General Excellence nod is like winning Best Picture. We’ve been nominated for the award each of the last three years and won twice. It’s an honor that belongs to everyone at Mother Jones, and that means, first and foremost, that it belongs to you. A big, big thanks.