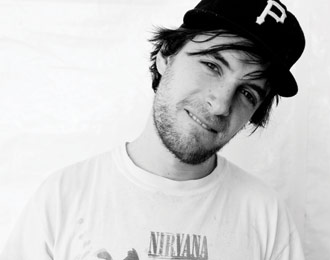 Gregg Gillis, better known by his DJ alias Girl Talk, has been a long-time favorite of hipsters and hip-hop enthusiasts. In performance, he hunches over his laptop, sweating and rocking rhythmically. By the end of his set, he’s invariably shirtless and surrounded by fans who are equally sweaty from all their booty popping, arm waving, and moshing. Girl Talk’s distinctive style relies on the irreverent juxtaposition of pop sweethearts and public enemies—or new dogs and OGs—and the resulting mixes are are fresher than the sum of their parts. For example, his brand new CD, All Day, pits “Party in the USA” against “Robbin’ Hoodz” to create a softer M.O.P. and a bad-ass version of Miley Cyrus. The album, now available for download, has thus far earned excellent accolades. We recently asked Gillis to reveal a few of his personal faves.

MJ: Shuffle your iPod (or equivalent) and name the first five songs that pop up.

GT: I don’t use an iPod and have about 30 total mp3s on my computer right now. First five that pop up on Windows Media Player shuffle:

GT: That is an impossible question! My favorite song of 1980 might be Robbie Dupree’s “Steal Away.”