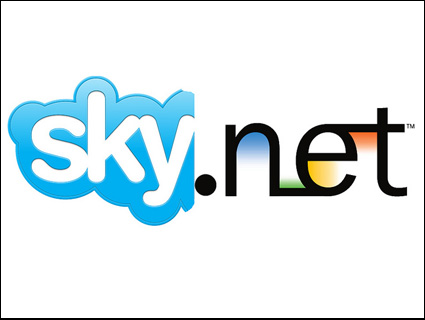 Another day, another media mega-merger. The latest? Microsoft is buying Skype, the Internet communications company, for $8.5 billion.

So exactly what does the Skyprosoft deal mean for consumers? That’s the eight-point-five billion-dollar question. Public News Service’s Mark Scheerer says the deal could be beneficial if – and this is a big ‘if’ – “Microsoft will more strongly embrace network neutrality and other policies aimed at keeping the Web free.”

Net neutrality is a key component to the merger because, according to the Media Access Project’s Mark Wood, “without an open internet, large and anti-competitive carriers like AT&T and Verizon will have the power to cripple potentially competitive services such as Skype’s that will depend on access to existing networks.”

Should Telecoms Break Up?

AlterNet’s David Rosen and Bruce Kushnick make a case for the break-ups of the telecommunications trust, which provides “overpriced and inferior service, and [is] systematically overcharging the hapless American consumer.”

Citing crusading muckraker Ida Tarbell, who went after the Standard Oil monopoly a century ago, as an inspiration for the project, Rosen and Kushnick argue that the recent spate of mergers and acquisitions has put the telecom industry on a similar course of anti-competitive behavior. The answer, they say, is divestiture, which “will lead to increased competition, lower costs and better service.”

Federal Communications Commissioner Meredith Attwell Baker is the latest FCC official to land a cushy job at—you guessed it—a telecommunications company. In June, Baker will be moving to work as Comcast’s senior vice-president for government affairs. As Truthout’s Nadia Prupis notes, Baker advocated strongly in favor of Comcast during the commission’s review of the $30 billion merger with NBC Universal earlier this year.

Specifically, Baker objected to proposed FCC requirements for Comcast-NBC “to maintain fair and competitive operations over the airwaves and online, show a minimum amount of local and children’s programming and make high-speed Internet access available to 2.5 million low-income households.”

Recent concerns over privacy issues have put companies like Google and Apple—whose officials testified Tuesday in Washington—on the hot seat. As Prupis notes, “Legislators on the Senate Judiciary Subcommittee on Privacy, Technology and the Law said that without sufficient privacy measures, mobile devices carry the genuine potential for security breaches.” However, the Senate panel’s intent isn’t to limit innovation, but “create strong consumer protections as mobile technology continues to evolve.”

According to a recent study by Free Press (PDF available here), Comcast-owned Telemundo stations haven’t kept promises made to feature more local news – a key condition of the Comcast-NBC merger. While the study suggests that a poor commitment to localism for Telemundo stations was a pre-existing condition, dating back to NBC Universal’s 2002 purchase of the Spanish-language network, it also found that “Comcast has committed to increasing local news production in only six of the 15 communities served by its Telemundo owned-and-operated stations (O&Os).”

The report also found numerous discrepancies in Comcast’s FCC localism filings, including falsely claiming that advertising constituted local news and failing to include descriptions of programs it claimed were local, making it “difficult for the public and the FCC to determine with any accuracy whether the programming listed actually meets the merger commitment.”

What does protest music have to do with media policy? Well, when’s the last time you heard Public Enemy’s “Fight the Power” on the radio?

Protest music has all but disappeared from the commercial music landscape, unless you count Lady Gaga’s “Born This Way.” Yet, in an age of media consolidation and corporate-controlled media, it’s good to remember the music scene wasn’t always so timid. Recently, The Nation asked readers to list their Top Ten Protest Songs. They received an overwhelming response, with more than 3,000 entries, and even more streaming in daily.

As the editors note, “five seminal songs [vied] for consideration for the top slot: Woody Guthrie’s “This Land is Your Land,” Florence Reese’s “Which Side Are You On,” Bob Dylan’s “Masters of War” and “Blowin’ in the Wind,” and Pete Seeger’s “Where Have All the Flowers Gone.””

“Press freedom is at its lowest level in 12 years,” according to Monika Bauerlein and Clara Jeffery of Mother Jones. In honor of World Press Freedom Day, Bauerlein and Jeffery called attention to the 16 journalists currently held in Libya, as well as the two American journalists still detained in Iran (one of whom is a MoJo reporter).

Inter Press Service created a Facebook page to celebrate WPFD and compile reports on the state of freedom of the press from around the globe. It’s a fascinating list that outlines the dangers reporters face—which sometimes results in self-censorship—as well as the prevalence of censorship of political topics in other countries, especially those engaged in bloody civil conflicts. Here are a few choice stories:

As Khattak notes, the exchange “addressed steps ethnic and community media can take to increase coverage of media policy issues and how to improve the quality of current reporting. [It] also examined the role of media policy advocates in crafting the best course for effective messaging on these issues and what steps they should take.”

Understanding media policy issues can help close the digital divide, which affects underserved, ethnic and minority communities the most.