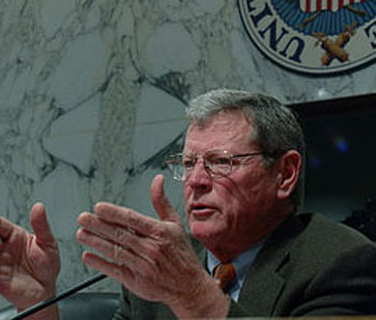 Australian climate scientists are paying a steep price for their work, as opponents of Australia’s proposed tax on carbon emissions have embraced an attack the messenger strategy. More than 30 researchers told the Canberra Times that they have received emails “threatening violence, sexual assault, public smear campaigns and attacks on family members.” In response, several universities are reported to have moved targeted researchers into more secure buildings.

American scientists are all too familiar with this type of intimidation. As Mother Jones’ Kate Sheppard noted in April, leading climate change experts have been subjected to a constant barrage of threats and abuse. Michael Mann, Director of the Earth System Science Center at Penn State, has been labeled a “terrorist” and “killer,” among other epithets. The vitriol climaxed in the months after the so-called “Climategate” scandal broke in late 2009. Emails to scientists, later obtained by the Guardian, suggested that they “go gargle razor blades” and repeatedly referred to them as Nazis.

The media and even elected officials have vigorously fanned the flames, portraying mainstream climate scientists as conniving frauds and potential criminals. A report released in February 2010 by the minority staff of the Senate Committee on Environment and Public Works, led by notorious climate change denier James Inhofe, claimed that the emails exchanged among the scientists at the heart of Climategate “display unethical, and possibly illegal, behavior” by those involved. Even though Climategate turned out to be much ado about nothing, a number of the scientists profiled unsurprisingly found themselves on the receiving end of the most virulent hate mail.

In response to the latest developments in Australia, Professor Margaret Sheil, CEO of the Australian Research Council, warned that the harassment of scientists threatens to have a chilling effect on continuing climate research: “It may prevent or reduce the involvement of key scientists in the public debate to which they are making a vital contribution. In the longer term, it may affect the choices made by post-docs and research students in pursuing climate change science.” Carbon taxes or not, surely that’s something our warming planet can’t afford.