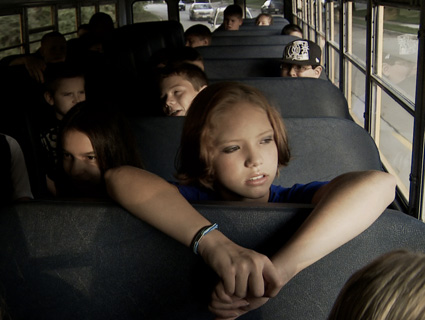 Courtesy of the Weinstein Company

The so-called bullying crisis in American schools has never seemed so endemic. In Emmy Award-winning director Lee Hirsch’s new doc, kids are punched, strangled, and relentlessly taunted in all the familiar (offline) places—school bus, playground, cafeteria—driving children as young as 11 to suicide. Weaving together the stories of five families deeply affected by bullying, Hirsch explores who, if anyone, is to blame. While he talks to both frightened parents and maddeningly resigned school administrators, the best segments come in the frank and often intensely insightful conversations with the kids themselves. Side note: The soundtrack is excellent, with songs by Grizzly Bear and the Magnetic Fields and a cover of “Teenage Dirtbag” sung by Scala & Kolacny Brothers, a Belgian women’s choir.