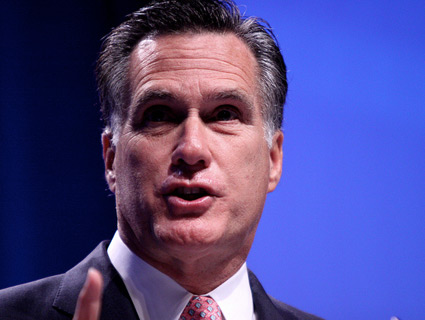 With President Barack Obama on a tear in recent weeks to keep interest rates on college loans low—an issue that plays well with young voters—Mitt Romney, the presumptive GOP nominee, on Tuesday unveiled his Education Policy Advisory Group. It features at least ten education experts who served during the George W. Bush administration, most notably Rod Paige, who was education secretary during Bush’s first term. The short bio of Paige released by the Romney campaign states that he once was superintendent of Houston’s schools. But it fails to mention that Paige, once he was in Bush’s cabinet, became mired in an ugly scandal, when the news broke that the Houston school system, the seventh largest in the nation, had falsified its dropout stats during Paige’s tenure.

As the Los Angeles Times put it:

A series of internal audits and external investigations that followed found that nearly all of the schools examined in Houston, with the nation’s seventh-largest school district and where U.S. Education Secretary Rod Paige had been superintendent, were vastly underreporting dropouts.

A New York Times editorial explained why this was particularly embarrassing for Bush and Paige:

As a presidential candidate and Texas governor, George Bush boasted that his state’s school accountability system would be a model for the nation. A focus on basic skills and frequent testing had turned around an underperforming set of school systems in a state with a large poor, nonwhite population. In particular, he said, Houston was leading the way. When he was elected president, Mr. Bush selected Rod Paige, the Houston superintendent, as his education secretary.

It turns out the Houston schools have not lived up to their billing. Their amazingly low high school dropout rate was literally unbelievable—the educational equivalent of Enron’s accounting results. The school district has found that more than half of the 5,500 students who left in the 2000-1 school year should have been declared dropouts but were not.

Dr. Paige, who has declined to comment on the Houston scandal, can remain silent no longer. He was brought to Washington to provide national educational leadership. With Houston facing a crisis of fiddled data, he owes it to the country to share his thoughts on how this happened and what it means.

60 Minutes also tried to talk to Paige himself, but he declined. His spokesman said the dropout controversy broke after Paige left Houston to become education secretary….

Paige’s spokesman suggested that 60 Minutes talk to Jay Greene, a leading expert on dropouts at the Manhattan Institute. Greene supports the kind of accountability reforms Paige enacted in Houston.

But this is what Greene said when asked what he thought about Houston’s “official” dropout rates: “I find that very hard to believe. It is almost certainly not true. I think it’s simply implausible. I think a reasonable guess is that almost half of Houston’s students do not graduate from high school.”

If Paige has ever publicly spoken candidly about what happened on his watch in Houston, I couldn’t find it. Yet Romney has tapped him as a “special adviser” on education (a move that didn’t happen during the GOP primaries, when Romney had to appeal to a base that included conservative voters skeptical of the Bush adminstration’s No Child Left Behind legislation, which Paige helped develop). By selecting this former Bush official, Romney once again is rushing back to the future—and embracing a fellow who called for accountability for schools but ducked accountability for himself.