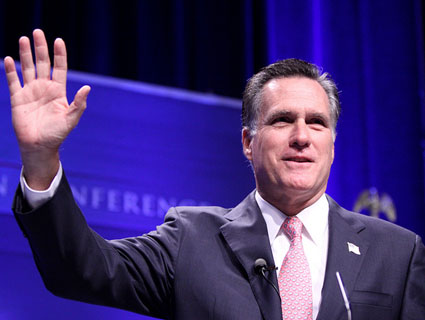 Roe v. Wade, the landmark Supreme Court case that paved the way for legal abortions in America, is likely to be in serious danger if GOP presidential candidate Mitt Romney is elected in November. The future of the nation’s highest court hasn’t gotten a lot of attention this election year, but the subject was thrown into stark relief on Friday, when Cecile Richards, the president of the Planned Parenthood Federation of America, discussed it with a group of journalists at Netroots Nation. “Oh my god, it’s just immeasurable how bad it would be,” Richards said in response to a question from my colleague Andy Kroll about Romney’s potential impact on the court. “It’s difficult to make it a voting issue for average Americans because they don’t think of the Supreme Court every morning when they get up. But the next nominees to this court are going be critical.”

Given the aging profile of the Supreme Court, the next president is expected to nominate several justices. The court already has an active conservative majority, and the next nomination is likely to be for the spot of liberal justice Ruth Bader Ginsburg, who is 79. Stephen Breyer, another liberal justice, is 73; conservative Antonin Scalia and Republican-appointed Anthony Kennedy (often the swing vote) are 76 and 75, respectively. If all four step down during the next administration—something that’s certainly possible—whoever is president will have an opportunity to reshape the court in his image. Barack Obama, who supports abortion rights, would be able to ensure that abortion remains legal for the foreseeable future. Romney, who believes states should be allowed to outlaw abortion, would almost certainly be able to ensure that would happen. (The Senate does have to confirm Supreme Court nominees, so control of that body will matter, too.)

Here are more of Richards’ comments:

Oh my god, it’s just immeasurable how bad it would be. I think right now, there are several cases that could get to the court on Roe. I don’t think anyone is confident that Roe will be upheld. You see more and more bills pass and signed at the state level that are unconstitutional under Roe and I think again the Supreme Court, it’s difficult to make it a voting issue for average Americans because they don’t think of the Supreme Court every morning when they get up. But the next nominees to this court are going to be critical. There’s just no way to overstate that.

The real concern is what could happen in this country if Roe is overturned or just continues to get chipped away at, and it just becomes a country more and more where women are safe in some states and not safe in others. That’s clearly what Mr Romney would like to see. I’ve seen that around the world and it’s not pretty. The divide that you see and we’re already seeing in this country is that women who have access to reproductive care—safe and legal abortion, birth control, cancer screenings—it becomes a have and have-not, and that’s what really of concern. Reproductive health care will always be available to women who have money. But not for women who are struggling just to have access to basic care.