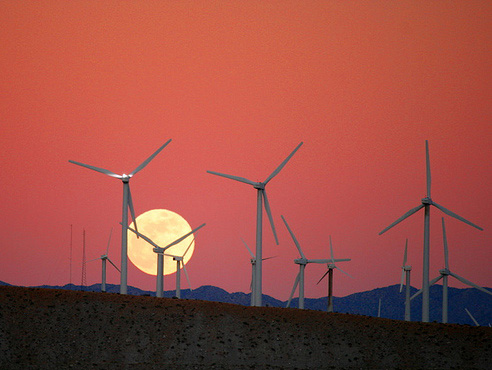 The production tax credit (PTC) for wind energy is set to expire at the end of the year, and Congress doesn’t look likely to extend it anytime soon. This precarious situation is already causing some layoffs in the industry, as the New York Times reports today. A study cited by the American Wind Energy Association predicts that as many as 37,000 jobs in the industry could be lost in the first quarter of 2013 alone if the PTC is not extended.

Of course, there’s a healthy debate about how much and for how long we should subsidize any energy source. But wind power is still a relative newcomer to the energy scene, and subsidies that expand its use also help meet other national goals like reducing emissions and reliance on fossil fuels. Moreover, the US has provided billions of dollars in subsidies to the coal, oil, and gas industries for decades. Wind power has barely had a chance to catch up since the PTC was first enacted in 1992. Which is what makes this quote, from the spokesman for a fossil-fuel-funded interest group, really hilarious:

“Big Wind has had extension after extension after extension,” said Benjamin Cole, a spokesman for the American Energy Alliance, a group partly financed by oil interests that has been lobbying against the credit in Washington. “The government shouldn’t be continuing to prop up industries that never seem to be able to get off their training wheels.”

Shame on the Times for not pointing out how pitiful this claim is. Fossil fuels haven’t just had training wheels; these industries have been sitting in one of those little child seats on the back of the bike while the rest of us peddle. Via the Environmental Law Institute, this is what the breakdown has looked like in recent years: 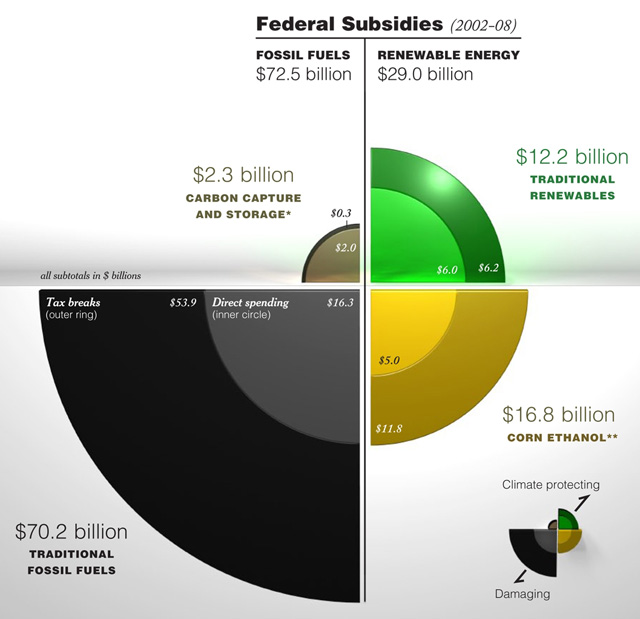 Oil Change International has more. It’s also worth noting that the tax credits for wind and other renewables have been short-term since 1999, granted in one- or two-year increments. That makes it really hard for companies to make long-term plans. Oil, gas, and coal have never really had to worry about whether they’ll get their government dole.