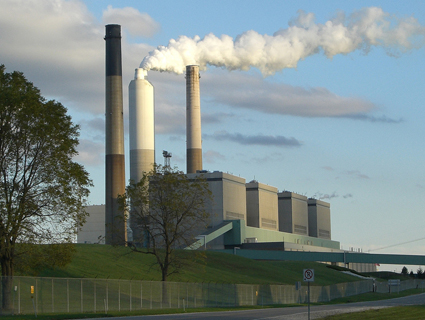 Ontario, Canada’s most populous province, will become the first jurisdiction in North America to boot coal completely out of its energy mix, the province’s Minister of Energy, Chris Bentley, announced last week. By the end of 2013, Ontario will shutter 17 of its 19 coal-fired power plants, leaving less than one percent of the province’s energy mix provided by coal, and close the last two next year, a decision Bentley says was fueled by concern about global climate change and local health.

The phase-out has been coming down the pipeline since 2003, and it’s already paying off: Canada’s Pembina Institute found that greenhouse emissions from Ontario’s energy sector fell by 30 million tons in the last decade.

The move is made somewhat easier by the fact that Ontario was never a major coal addict to begin with: In 2011, less than three percent of its total power generation came from coal; that same year in the US, the share was 42 percent. And part of what has tended to make coal so intractible in the US—thousands of jobs on the line—is a non-issue for Ontario, which never had its own coal mining industry, importing most of its supply from the US, Bentley said. The province, although a net electricity exporter, also imports a little of its power from adjacent US states and Canadian provinces; a spokesperson for Ontario’s Independent Electricity System Operator said they had no way to know whether any of the imported power came from coal-fired plants.

Ramping down coal over the last several years has given Bentley time to shore up other energy resources to fill the supply gap, including a booming wind industry—which more than tripled in the last five years—and, like in the US, a growing dependency on natural gas.

Down here south of the border, although our appetite for coal is waning, industry lobbyists and GOP pols from states like West Virginia are raising hell, and we’re still pretty far from zero. And even though the US has its own unique challenges in confronting coal compared to Ontario, Bentley says he learned one thing from his experience cutting it out that can apply to his US counterparts: “There are far more people who are supportive than the critics would like you to believe.”