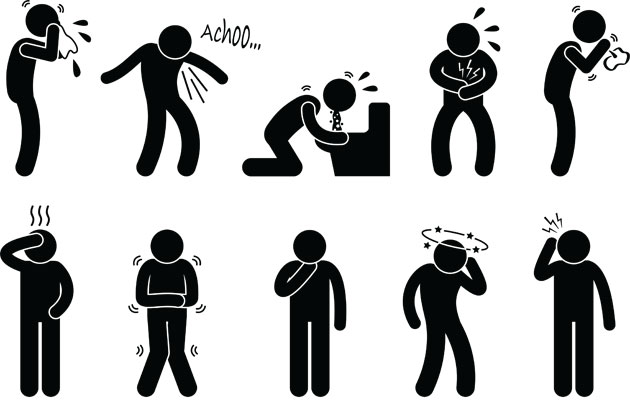 Two months ago, $85 billion in automatic slash-and-burn spending cuts to federal and state programs kicked in because Congress couldn’t come up with a better way to deal with the deficit. Today, my colleague Tim Murphy reports on the ways those cuts are playing out across all 50 states, from shuttered Head Start programs to massive layoffs. If that weren’t bad enough, a pair of prominent researchers said Monday that austerity policies are making people sick.

[T]he researchers say more than 10,000 suicides and up to a million cases of depression have been diagnosed during what they call the “Great Recession” and its accompanying austerity across Europe and North America.

In Greece, moves like cutting HIV prevention budgets have coincided with rates of the AIDS-causing virus rising by more than 200 percent since 2011—driven in part by increasing drug abuse in the context of a 50 percent youth unemployment rate.

And more than five million Americans have lost access to healthcare during the latest recession, they argue, while in Britain, some 10,000 families have been pushed into homelessness by the government’s austerity budget.

Previous work by the same researchers has also linked rising suicide rates to austerity measures. But they maintain that the bad health effects are not inevitable, even in the worst crises, and point to the Great Depression as an example. “During the 1930s depression in the United States, each extra $100 of relief spending from the American New Deal led to about 20 fewer deaths per 1,000 births, four fewer suicides per 100,000 people and 18 fewer pneumonia deaths per 100,000 people,” Kate Kelland writes at Reuters.

The austerity mentality may be on the decline. New numbers show that the US national debt is falling for the first time in six years; an influential study linking high levels of national debt to slower growth has been debunked; some are saying the era of austerity is over. Still, in a press conference Tuesday, Obama reiterated the importance of deficit reduction, so we’re not out of the sick room yet.

As Basu told Reuters, “Ultimately… worsening health is not an inevitable consequence of economic recessions. It’s a political choice.”