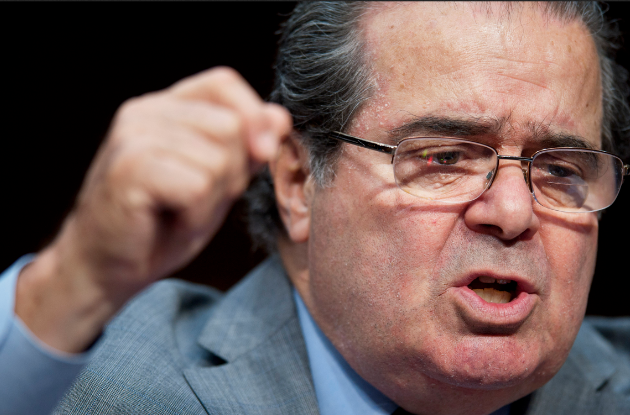 Justice Antonin Scalia is not a big fan of gay sex, gay marriage, or gay anything. His dissent to Wednesday’s decision on United States v. Windsor, in which the Supreme Court ruled, 5-4, that legally married same-sex couples should get the same federal benefits as straight ones, shows as much. (The high court’s ruling invalidates a provision of the Defense of Marriage Act that barred same-sex couples from receiving health, tax, and retirement benefits.) In a nutshell, Scalia’s dissent focuses on the court’s prime purpose and power, and he is aghast that the majority assumed the power to shoot down DOMA. (To read the seven worst things Scalia has said or written about homosexuality, click here.)

Here are some highlights from Scalia’s sarcasm-tinged, fuming dissent: