Today marks the 25th anniversary of the fall of the Berlin Wall, which for more than 28 years divided East and West Germany and became the defining symbol of the Cold War. On November 9, 1989, following a series of large protests that swept throughout Eastern Europe, East German officials hurriedly changed travel regulations to the West, for the first time allowing regular citizens to cross. The rules were supposed to take effect the next day, but East Germans swarmed the border stations and, as it became clear border guards were no longer willing to shoot, the gates were finally opened. Crowds from both sides began demolishing the wall, and for months Berlin resonated with the sound of people pecking away at the concrete. 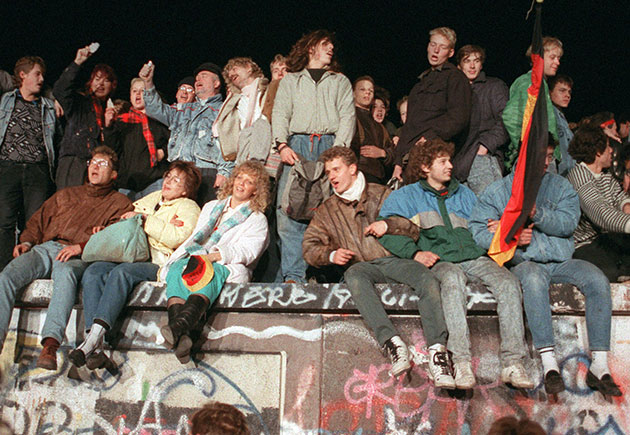 A crowd celebrates atop the wall after realizing that guards have set their weapons down. Peter Kneffel/DPA/ZUMA 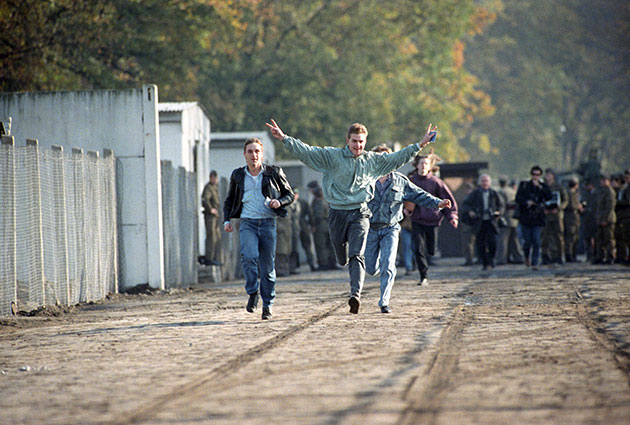 Running through a border crossing on November 10. DPA/ZUMA 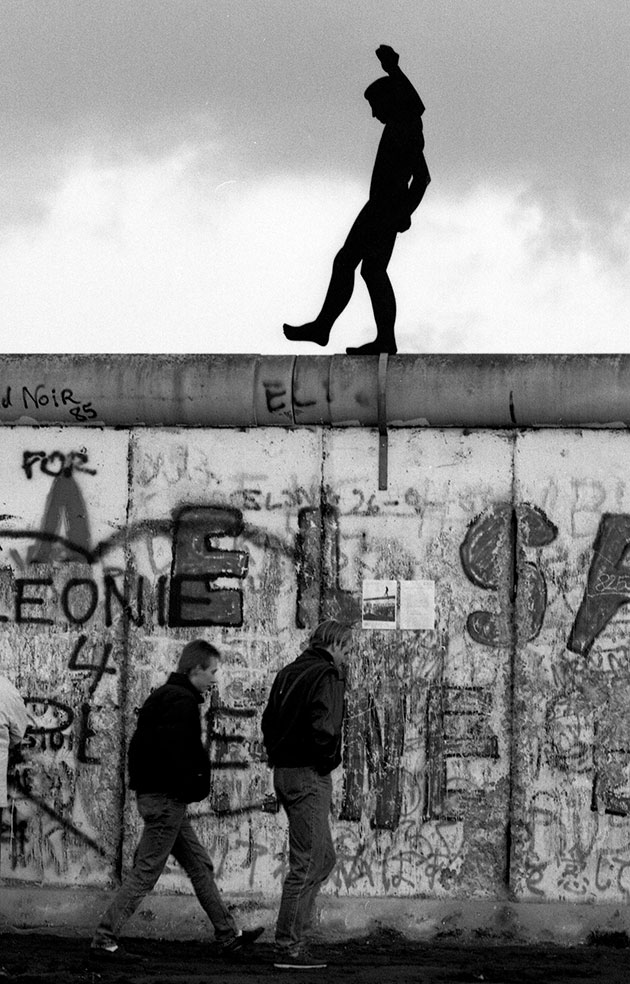 A man celebrates atop the Wall. Before the border opening, anyone climbing it would have been shot and killed. More than 250 people died trying to cross. Scott A. Miller/ZUMA 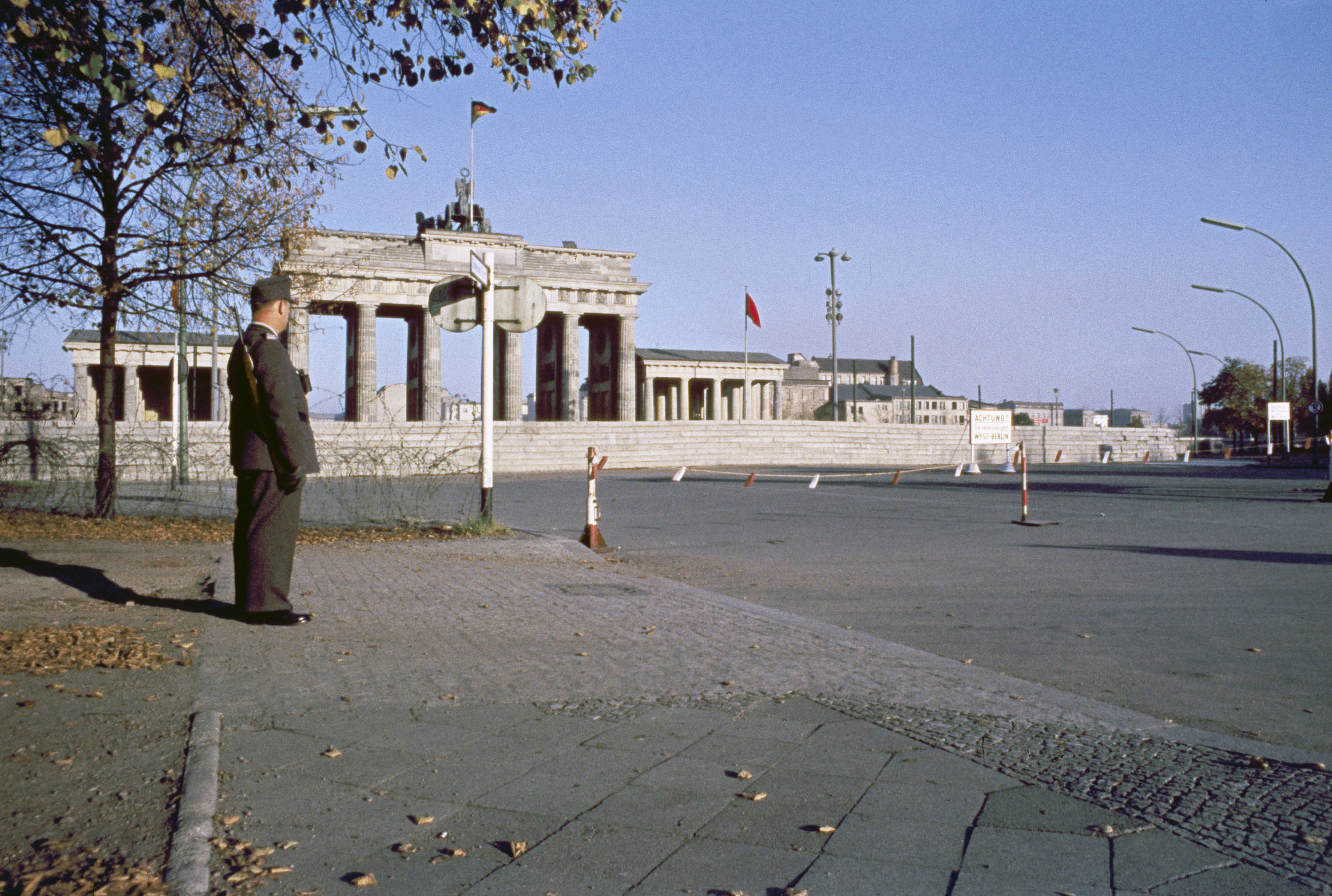 A forlorn guard at the Brandenburg Gate. AP 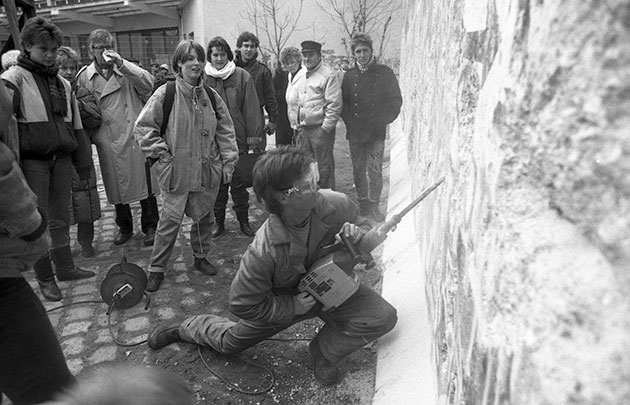 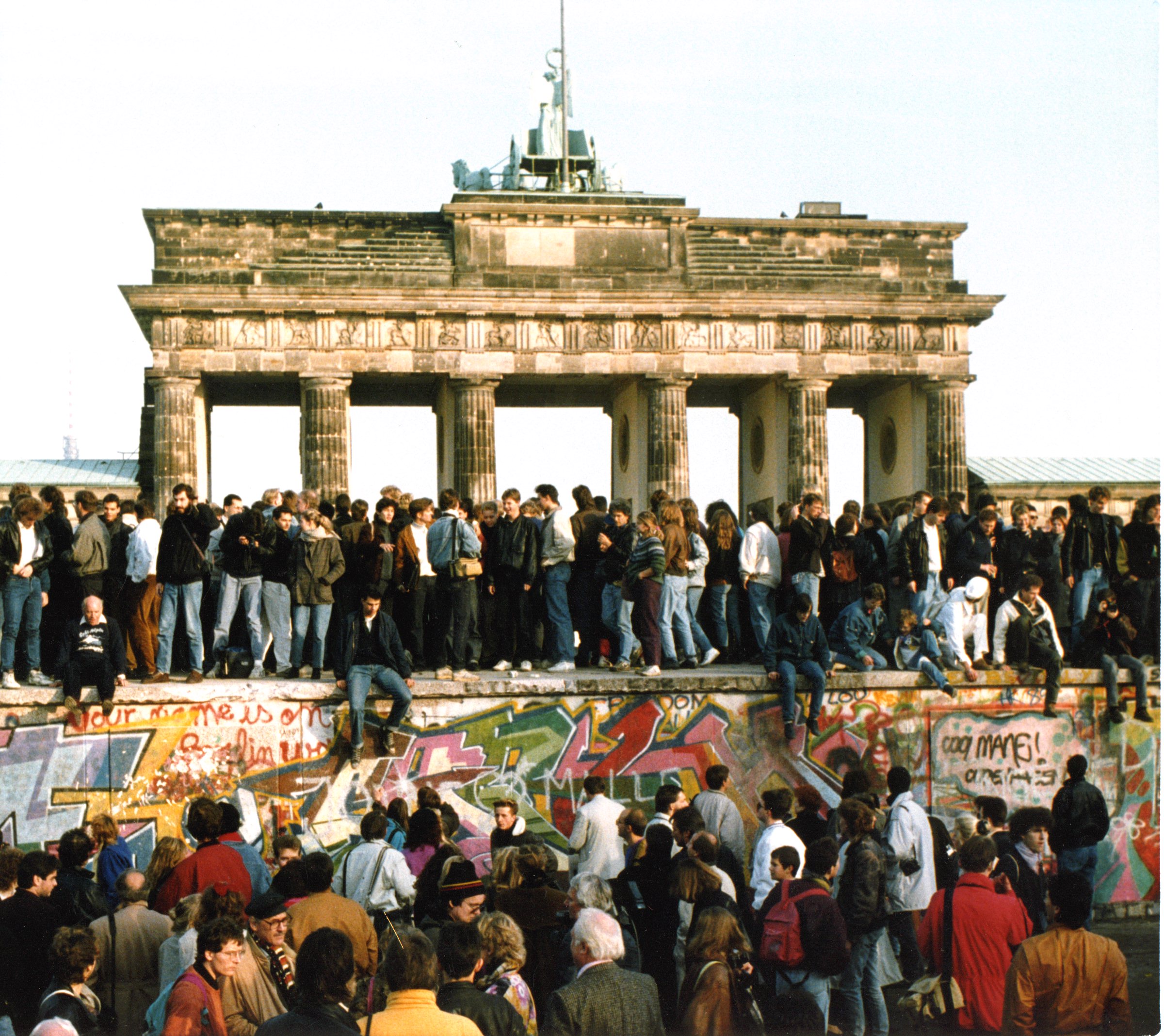 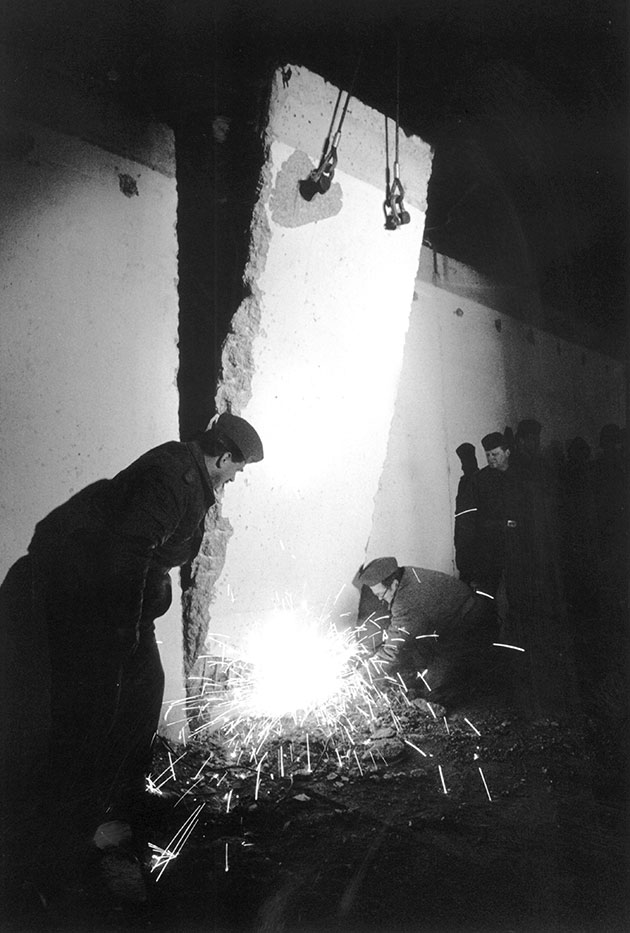 Official demolition of the Wall did not begin until 1990, but East German guards removed this section on November 12, 1989. Eberhard Kloeppel/DPA/ZUMA 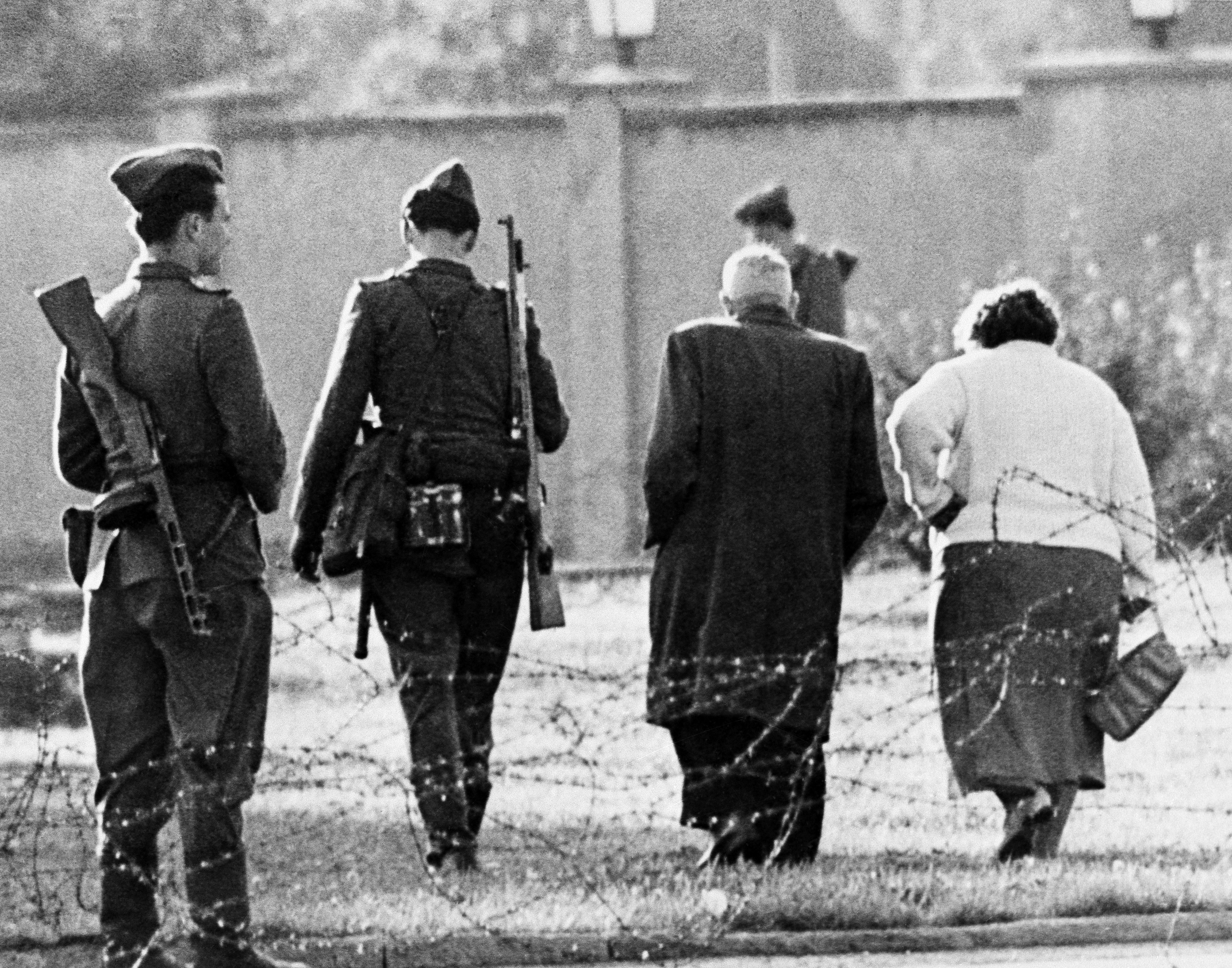 Before the “anti-fascist rampart,” as the GDR government called it, went up, barbed wire and armed guards prevented people like this couple from fleeing to the West. AP/Edwin Reichert

To commemorate the anniversary this weekend, Berlin installed a “border of light” made up of 8,000 illuminated balloons tracing where the wall once stood. 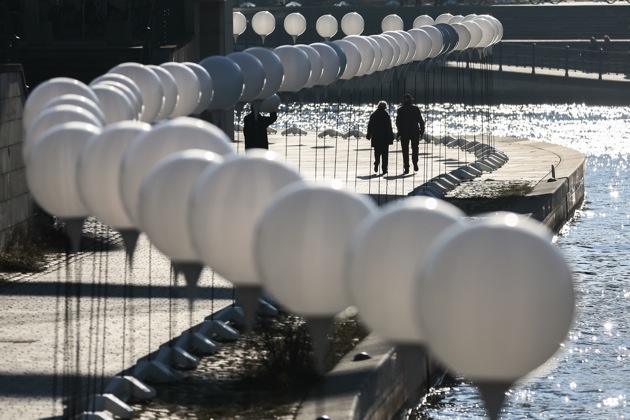 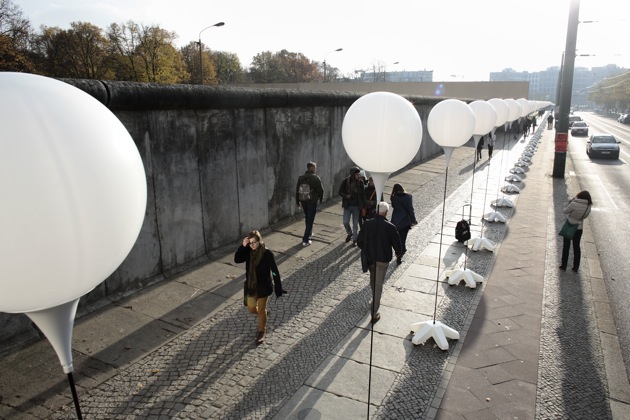 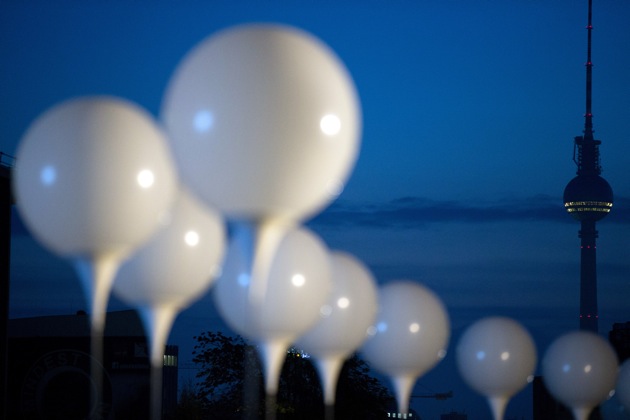 “Remembrance belongs to the people,” the installation’s creator, artist Marc Bauder, said. “We want to offer individual access instead of a central commemoration.” Tonight, exactly 25 years after the opening of the border was announced, the balloons will be released into the air.