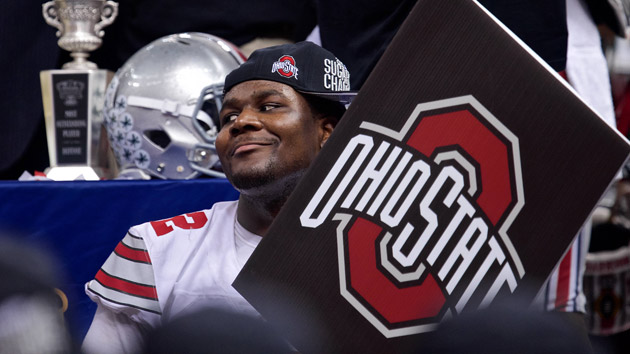 Sometimes athletes choose to stand in the center of a movement and make a statement. Ohio State’s Cardale Jones, quarterback of this year’s national championship football team, took some time Thursday to ask a simple question on Twitter:

You tell me that #AllLivesMatter well I say how do you define “All” ?

It wasn’t exactly incendiary stuff from Jones, who has been dinged for expressing himself on social media before. Still, when one fan decided to chime in to tell Jones to shut up and stick to football, the 22-year-old junior from Cleveland wasn’t having it: 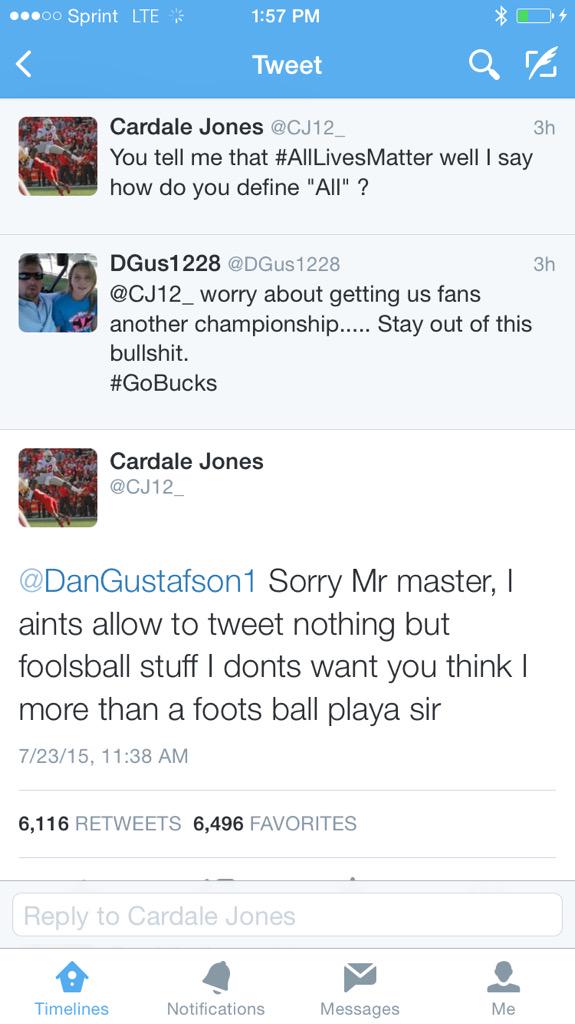 Also, a reminder: College athletes aren’t getting paid while the NCAA rakes in millions.