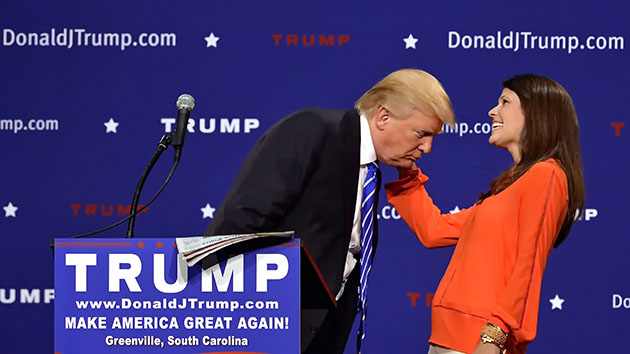 Donald Trump’s hair is not as clean as he would like, and he says it’s the president’s fault.

At a campaign event in Aiken, South Carolina, the Republican presidential front-runner was asked about the Environmental Protection Agency’s “Waters of the United States” rule, issued earlier this year. That regulation “clarifies the scope” of the kinds of bodies of water—wetlands, waterways, streams, lakes—that should be protected under the Clean Water Act. Trump expressed his displeasure at the rule, which he says has interrupted his ability to lather, rinse, and repeat.

“So I build, and I build a lot of stuff,” Trump said. “And I go into areas where they have tremendous water…And you have sinks where the water doesn’t come out. You have showers where I can’t wash my hair properly. It’s a disaster.”

The rule does not introduce any new regulations or regulatory requirements, but rather specifies the bodies of water in the United States covered under the Clean Water, which was introduced in the 1940s and then reorganized and expanded to its current form in 1972. It is unclear whether Trump’s hair-washing problems stretch back that far.