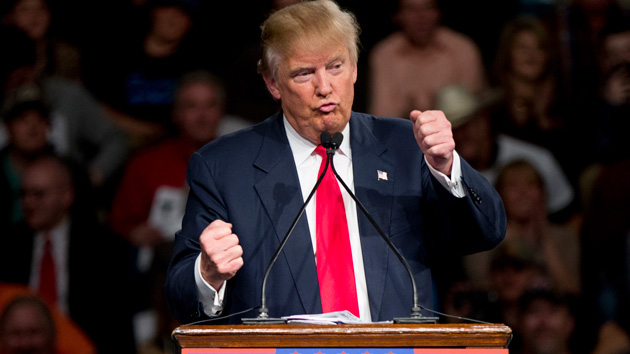 Tonight’s Trump Town Hall, hosted by MSNBC, may indicate that Trump has finally stunned the nation into silence. Or at least mild tolerance, like the way we don’t challenge our drunk uncle at Thanksgiving.

Trump—who has called for a ban on Muslim immigrants, has retweeted posts from white supremacists, and has remarked that Mexican immigrants are “rapists”—wasn’t asked about any of these assertions. He was asked about poll numbers, if Apple is wrong for refusing to unlock the iPhone of one of the San Bernadino shooters, and if he can play nice with Congress if elected to office. In an hour-long question-and-answer session in Charleston, South Carolina, moderators Mika Brzezinski and Joe Scarborough occasionally pushed Trump on specificity, but couldn’t garner substantial answers. As Isaac Chotiner points out at Slate, “He wasn’t pressed hard for any policy details, nor challenged about his well-catalogued dislike of the truth.” Instead, he was asked the kind of medium-range questions that, well, other candidates get.

Or maybe Trump has conquered the Overton Window theory—the range of ideas the public will accept—faster than anyone in history. Could it be that his talking points have become so commonplace, no one even questions them anymore? Rather, we ask him questions like the one from an audience member tonight: “Why do you want to be president?”