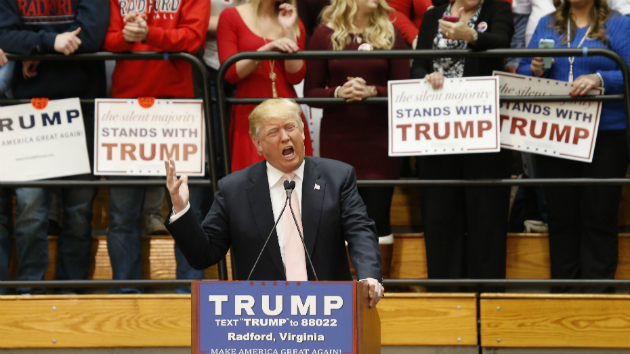 Videos posted on Twitter earlier this afternoon show a photographer for Time magazine being violently thrown to the ground by a member of Donald Trump’s security team, possibly a US Secret Service agent. Morris, an award-winning photojournalist who has covered war zones, struggles back to his feet and is led away by several other security team members.

It’s not clear what precipitated the incident, which happened at a Trump rally at Virginia’s Radford University, but the confrontation appears to have occurred inside the enclosure usually reserved for members of the press.

This is how reporters are treated at Trump rallies pic.twitter.com/hMxuEoKVeG

A uniformed police offer and other men in suits can be seen leading Morris away from the scene.

Another video shows the journalist being handcuffed by uniformed police offers. Morris says he was briefly detained and then released.

Gabby Morrongiello, a reporter for the Washington Examiner who was covering the rally, tweeted that the incident occurred when the Time photographer attempted to leave the press corral to take photos of protesters.

A spokesman for the Secret Service did not respond to a request for comment about the episode.

Update: Another perspective on the takedown.

@mattdpearce Well it’s a good thing I went ahead and captured it then. pic.twitter.com/nHe4gNUvTH