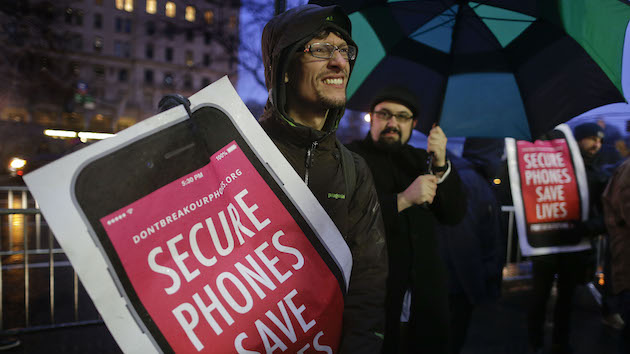 A federal judge in New York denied the government’s request to make Apple help unlock the iPhone of a suspect in a drug case, potentially dealing a major blow to the FBI’s effort to compel the company to assist the bureau in accessing an iPhone belonging to one of the San Bernardino shooters.

In both cases, the government requested that Apple help bypass the lock screen security on an iPhone to assist a federal investigation. The New York case was one of at least 12 in which Apple has refused to give the government the technical assistance it was seeking. The government’s argument in each case rested on the All Writs Act, a law first passed in 1789 that allows the government to issue orders, or writs, that are “necessary or appropriate in aid of their respective jurisdictions and agreeable to the usages and principles of law.” But that power is also subject to limitation, including such orders being a last resort and not imposing an “undue burden” on the person or organization to which it applies.

Apple argued the government’s requests overstepped its ability to demand cooperation. “We’re being forced to become an agent of law enforcement,” complained Apple’s lawyer, Marc Zwillinger, in arguments in the New York case last year, and Judge James Orenstein agreed. “After reviewing the facts in the record and the parties’ arguments, I conclude that none of those factors justifies imposing on Apple the obligation to assist the government’s investigation,” he wrote in his decision issued on Monday evening.

Orenstein echoed points made by Apple in its challenge last week to the court order in the San Bernardino case. The company wrote that the government’s demand that Apple write new software for the FBI created a “boundless interpretation” of the All Writs Act, allowing the government to order virtually any assistance it wanted. The court filing raised the specter of “compelling a pharmaceutical company against its will to produce drugs needed to carry out a lethal injection in furtherance of a lawfully issued death warrant, or requiring a journalist to plant a false story in order to help lure out a fugitive.” Orenstein similarly wrote that he rejected “the government’s interpretation that the [All Writs Act] empowers a court to grant any relief not outright prohibited by law.”

The judge’s ruling in the New York case rested on another Apple-friendly premise: the notion that what the government wants “is unavailable because Congress has considered legislation that would achieve the same result but has not adopted it.” Apple’s court filing argued that “Congress and the American people have withheld” the power to make companies break the security features of their own phones—for example, by expanding federal wiretapping laws to include cellphones—and thus the government should not be allowed to simply take that power through court orders. Orenstein backed that argument, saying that forcing Apple to comply would “transform the [All Writs Act] from a limited gap-filling statute…into a mechanism for upending the separation of powers.”

Even if the All Writs Act applied, Orenstein wrote, he found that the government’s request would still place an undue burden on the company. That’s further good news for Apple’s argument in the San Bernardino case. The company says complying with that order would take a team of 6 to 10 engineers at least two weeks to write the necessary software, and the technical assistance that Orenstein rejected in the New York case is less complicated.

Sheri Pym, the federal judge in the San Bernardino case, actually granted the FBI a court order similar to the one Orenstein rejected on Monday. But she kept her order from taking effect until Apple filed its challenge. And while the New York and San Bernardino cases aren’t identical, Orenstein’s ruling, as FBI Director James Comey put it in a congressional hearing last week, will likely be “instructive” as Pym considers Apple’s argument—and could severely dent the FBI’s hopes of getting the powers it wants.