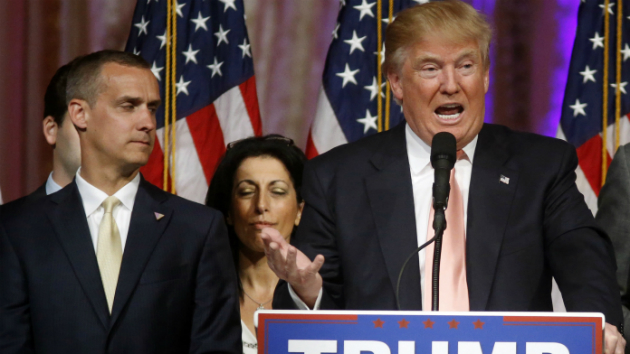 Donald Trump’s campaign manager, Corey Lewandowski, has been charged with simply battery by the police in Jupiter, Florida, in connection with an alleged altercation earlier this month with Michelle Fields, then a reporter for the conservative website Breitbart. In early March, as Fields approached Trump after a rally, she was roughly yanked back. (She later tweeted a picture of her bruises.) The Washington Post‘s Ben Terris, who witnessed the episode, identified the person who grabbed her as Lewandowski.

The Trump campaign, however, vehemently denied the accusations. So did Lewandowski, who mocked Fields as an attention-seeker on Twitter. In the days after the run-in, footage emerged that appeared to show Lewandowsi grabbing Fields. But none of the video directly showed the incident. In announcing Lewandowski’s arrest, the Jupiter Police Department has released security camera footage that shows the clearest view yet of the altercation. The footage appears to substantiate Fields’ version of events.

Even so, the Trump campaign has continued to defend Lewandowski. It released a statement saying Lewandowski had turned himself in to the Jupiter police and that he was innocent of the charge.