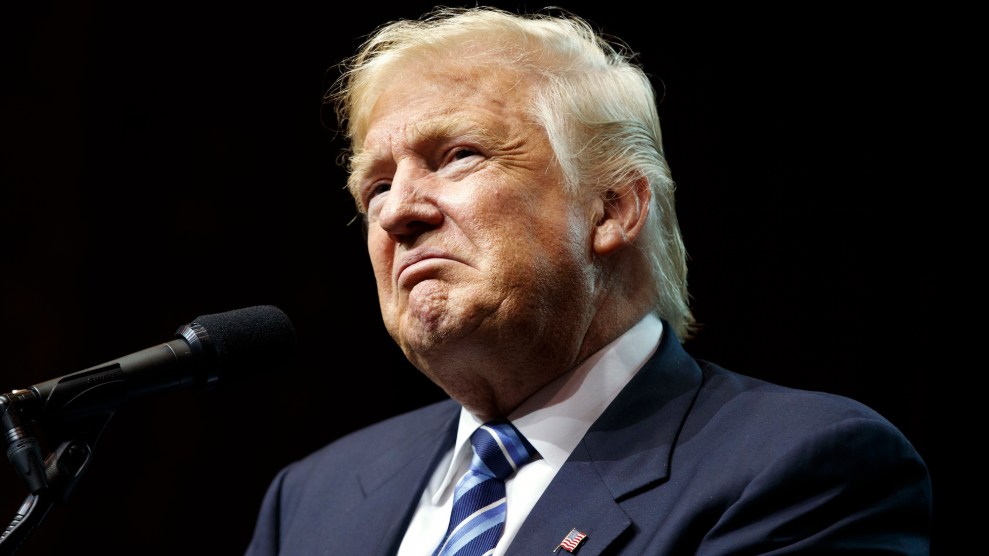 The letter Donald Trump released on Thursday from his longtime physician, Dr. Harold Bornstein, featured one strange-but-Trumpian detail: his testosterone level. That unusual data point got big applause when Trump appeared on the Dr. Oz Show on Tuesday, seemingly fueling his self-proclaimed case that he’s in excellent health and feels like Tom Brady.

According to Dr. Vito Imbasciani, a urologist who’s the current president of the Los Angeles County Medical Association, testosterone would not normally be ordered as part of a routine physical or health checkup. (Imbasciani is also the secretary of the California Department of Veterans Affairs, and his comments to Mother Jones do not represent that agency.) “Of the 3,000 possible things I could send your blood off to the lab to be checked for, testosterone is the most unusual,” Imbasciani says. That’s partly because there’s very little knowledge about what an ideal testosterone level looks like. “We know what normal potassium is…If your sugar goes up, you’ll go into a diabetic coma,” he says. “But with testosterone, we have the widest possible range.”

So why would a patient ask for a testosterone test? Imbasciani points to increased TV advertising around low testosterone as one factor. “So some people may say, ‘Hey, Doc, I want it tested,’ and the doctor may not want to waste the time or energy to say you don’t need it tested,” he guesses. But he also suggests two specific reasons a person would want to check testosterone levels. One is bone health. “If somebody was at risk for osteoporosis…or had a bone density test and he was starting to show his bones are a little weaker than what we average, you would want to check that person’s testosterone,” Imbasciani says. The second? Infertility.

The Trump campaign did not immediately respond to questions about whether Trump underwent a testosterone check for either of those two reasons.

But Imbasciani isn’t concerned by anything he heard about Trump’s testosterone level, which was 441.6 according to the letter released on Thursday. Imbasciani calls that level “perfectly, absolutely, boringly average and normal” and says Trump seems fine overall. “Look at him: He doesn’t look like he’s wasting away,” he says.