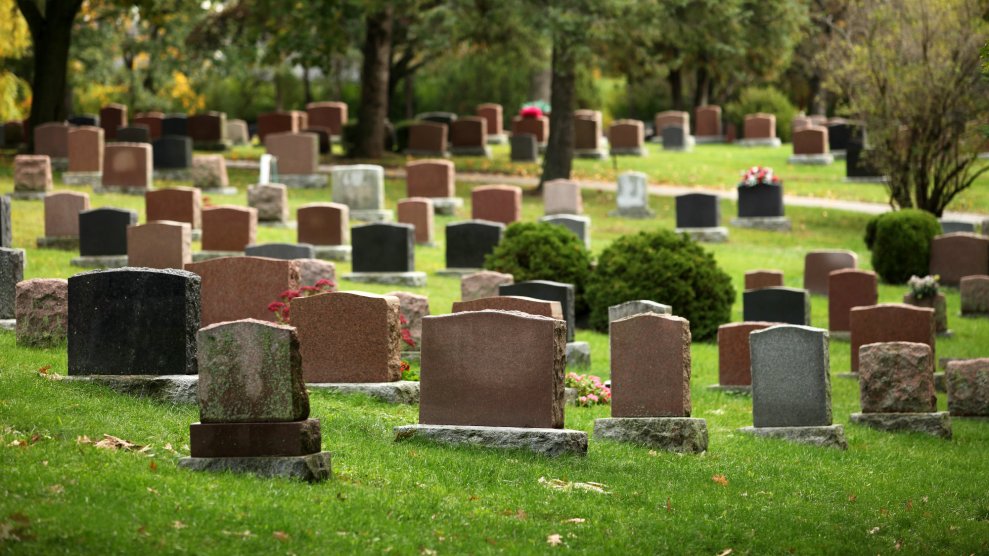 The Center for Reproductive Rights, a reproductive rights legal advocacy organization, has filed a lawsuit to stop a regulation in Texas that would require fetal remains to be buried or cremated from taking effect. The state’s Heath and Human Service Commission quietly proposed the rule last July, days after the Supreme Court’s decision in Whole Woman’s Health v. Hellerstedt struck down two requirements of HB2, a Texas law designed to drastically reduce access to abortion. The Texas law had already led to the closure of half the abortion clinics in the state. Pro-choice advocates say the new rule regarding fetal remains is meant to further limit women’s control over their reproductive lives.

“These insidious regulations are a new low in Texas’ long history of denying women the respect that they deserve to make their own decisions about their lives and their healthcare,” said Nancy Northup, the president of CRR, in a statement announcing the lawsuit. The rule is set to go into effect December 19, but opponents argue the requirement will add burdensome costs and logistical challenges to reproductive health care services, likely adding an additional $2,000 to the cost of an abortion, according to the Funeral Consumers’ Alliance of Texas. This would make accessing reproductive services prohibitively expensive for low-income women, many of whom have lost access to affordable birth control thanks to Texas cutting public funds from Planned Parenthood and other family-planning clinics.

?The parts of HB2 that had been struck down by the Supreme Court—the requirement that doctors have admitting privileges to local hospitals and that abortions be performed in surgical centers rather than clinics—were framed as efforts to protect women’s health. Proponents of the new measure have a different argument to justify the regulation. Texas Gov. Greg Abbott has argued fetal remains shouldn’t be treated like medical waste and, according to a report by the Texas Tribune, has used this stance to raise campaign funds. ?”I believe it is imperative to establish higher standards that reflect our respect for the sanctity of life,” he wrote in the fundraising email. “This is why Texas will require clinics and hospitals to bury or cremate human and fetal remains.”

Texas lawmakers are expected to codify the regulation into law when they meet in January 2017. Northup argues the Supreme Court already ruled medically unnecessary restrictions on abortion unconstitutional. “The Center for Reproductive Rights will continue to fight for Texas women, and women across the nation, to ensure their rights are protected,” she promised.