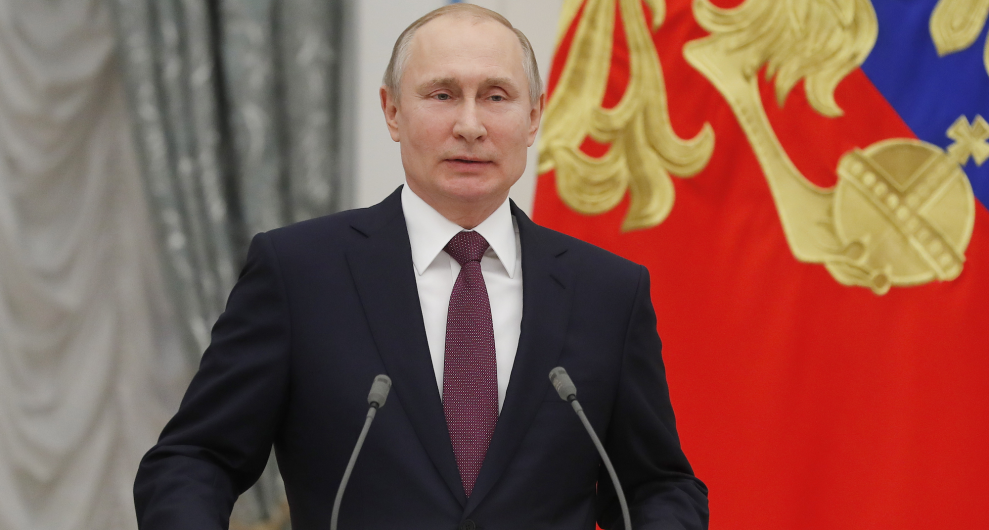 Putin’s son-in-law Kirill Shamalov was also named in the latest round of sanctions.

“The Russian government operates for the disproportionate benefit of oligarchs and government elites,” Treasury Secretary Steve Mnuchin said in a statement. Mnuchin cited Russia’s occupation of Crimea, activities in eastern Ukraine, and alliance with the Assad regime as several reasons for the new round of sanctions. While the statement also criticizes Russia for “attempting to subvert Western democracies” and “malicious cyber activities,” it makes no specific reference to Russia’s interference in the United States’ 2016 elections.

Friday’s sanctions follow the administration’s move last week to expel 60 Russian diplomats in response to the poisoning of former Russian spy Sergei Skripal in England last month. On Tuesday, Trump asserted that he could have a “very good” relationship with his Russian counterpart. “I think we’ll be able to have great dialogue, I hope,” Trump said. “Getting along with Russia would be a good thing, not a bad thing.”

“Just about everybody agrees to that, except very stupid people,” he added.