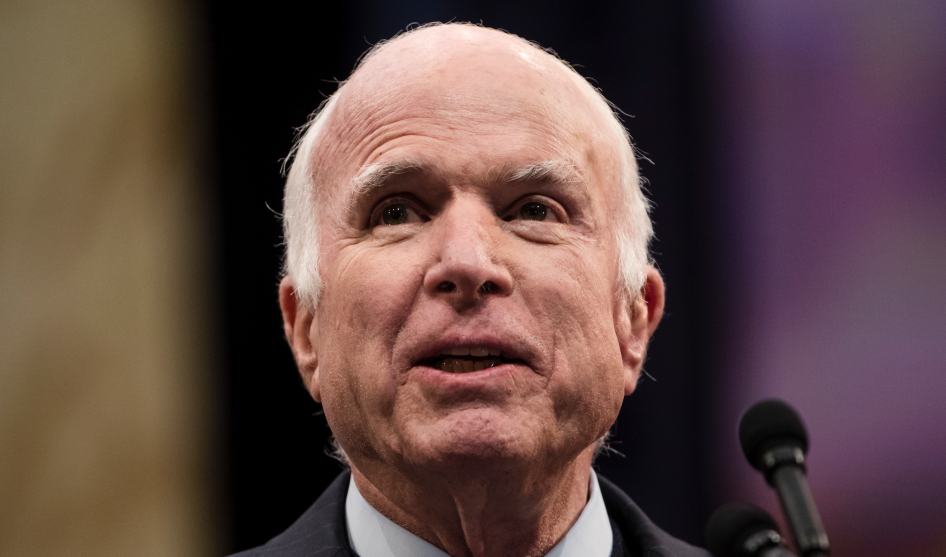 Senator John McCain, the Arizona Republican celebrated as a Vietnam war hero and political maverick, died on Saturday afternoon at his family ranch near Sedona. He was 81.

The death of McCain, who had been suffering from glioblastoma, an incurable brain cancer, was confirmed by his office.

Meghan McCain honored her father in a statement posted to Twitter Saturday night. “All that I am is thanks to him,” she wrote. “Now that he is gone, the task of my lifetime is to live up to his example, his expectations, and his love.”

Known for his political independence, the two-time presidential candidate earned a reputation for occasionally breaking with his party in high-profile moments during his more than three decades as a US senator. He was held captive for over five years as a prisoner of war in North Vietnam after his plane was shot down while on a 1967 bombing mission.

McCain was one of the most outspoken Republicans to openly criticize President Donald Trump, whether it was for his rhetoric or America-first policies. During the presidential election, Trump drew bipartisan condemnation after he suggested that McCain was not a war hero because he had been taken prisoner. “I like people who weren’t captured,” Trump said in July 2015.

The remark set off a longstanding feud between the two Republicans, which saw McCain breaking with Trump on several key nominations and pieces of Republican legislation, most notably providing a decisive vote that stopped the dismantling of the Affordable Care Act.

In May, the New York Times reported that people close to McCain had informed the White House that the senator did not want Trump to attend his funeral.