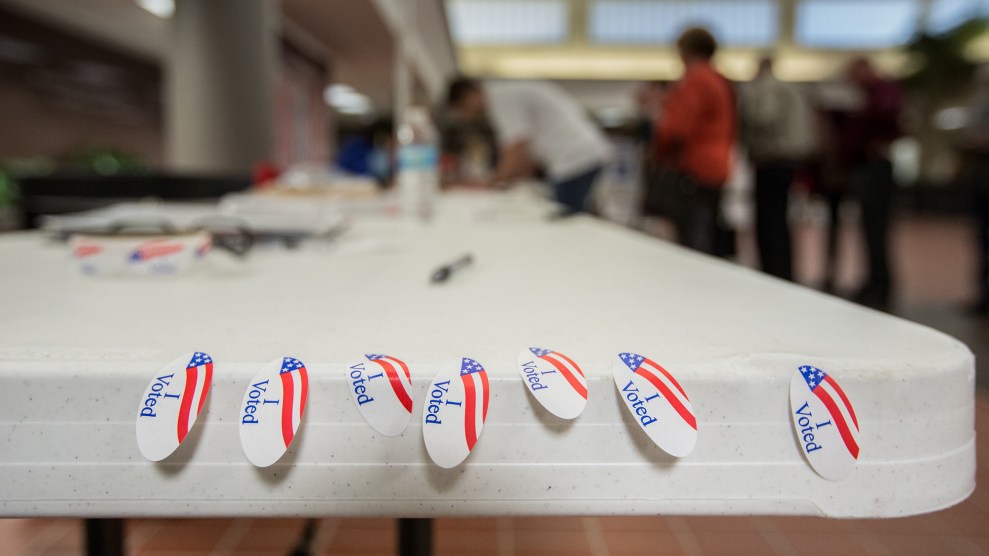 The last decade has seen a rise in laws that limit access to the ballot, ushering in everything from voter ID requirements to shortened voting periods and extreme gerrymandering that forces millions of Americans to cast ballots in districts where the outcome is all but preordained. These measures are repeatedly challenged and repeatedly upheld by the Supreme Court.

But in some states, voters themselves will have the power to combat infringements on their right to vote. This November, ballot initiatives across the country will offer a chance to restore ballot access and fairer electoral maps and potentially give voting rights new momentum. Here are the types of pro-democracy initiatives that could soon be law:

Drawing fairer districts: Voters in Colorado, Michigan, and Utah will decide whether to revoke their state legislatures’ power to draw political maps and hand it to independent commissions. These measures would reduce state lawmakers’ ability to further entrench their party’s power through redistricting and would likely create more competitive districts.

Registering more voters: In Maryland, voters will decide whether to expand same-day registration, allowing people to register on Election Day. There is strong evidence that same-day registration increases voter turnout. In Nevada, voters will decide whether to join a growing cohort of states—currently 13, plus the District of Columbia—with automatic voter registration. In this opt-out model, eligible people are automatically registered to vote through certain interactions with the government, such as visits to the DMV, unless they choose not to be.

Allowing ex-felons to vote: Florida is one of four states with a constitution that bars people with felony records from voting indefinitely, but a ballot measure would restore their voting rights. The initiative would circumvent the draconian policies of the state’s current governor, Republican Rick Scott, who has made it exceedingly difficult for ex-offenders to gain the right to vote. If passed, it would affect as many as 1.4 million formerly incarcerated people, disproportionately African American. But it requires 60 percent support to succeed.

Reducing the influence of money in elections: An Arizona initiative would make public the identity of all major campaign donors. A Colorado measure would allow candidates facing wealthy, self-funded opponents to exceed the usual fundraising limits. In North Dakota, lobbyists could be blocked from giving gifts to public officials, and in South Dakota, voters might ban out-of-state funding of ballot initiatives.

The backlash: But several ballot measures would limit access to the polls. North Carolina and Arkansas voters will decide whether to implement a voter ID requirement. In both states, Republican-controlled legislatures placed the proposals on the ballot after courts struck down voter ID laws. In Montana, voters will consider a measure that would limit who can pick up absentee ballots and deliver them to polling sites, seriously restricting get-out-the-vote programs that allow organizers to bring them to the polls. Because of recent polling-place closures, a majority of Montana voters cast absentee ballots in 2016.