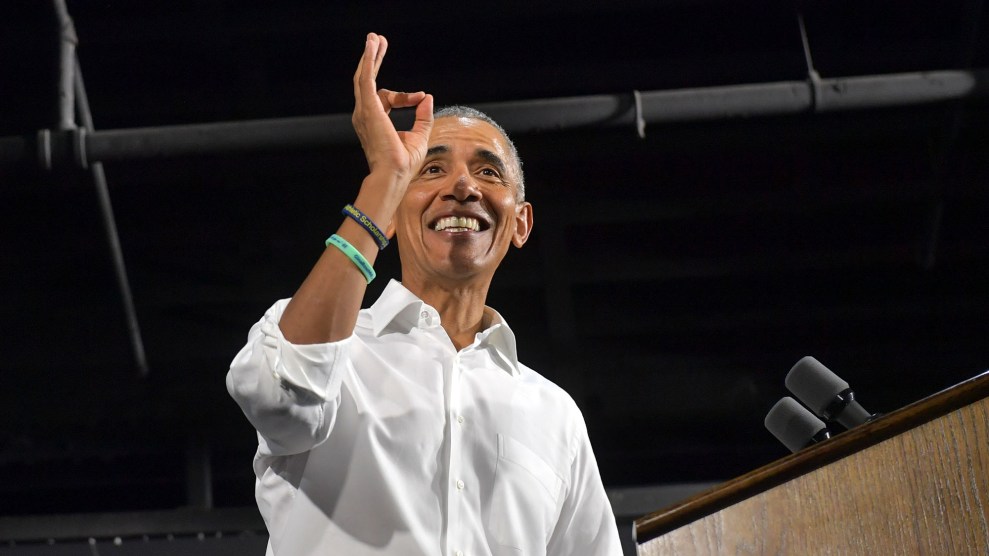 While health care policy played a prominent role in the final month of House and Senate campaigns, voters in a number of states had the chance on Tuesday to weigh in on the issue directly. That’s because four states featured ballot initiatives to decide the fate of a key component of the Affordable Care Act that would extend Medicaid eligibility to anyone making up to 138 percent of the federal poverty line.

Three of those have passed. Thanks to those ballot questions, more than 300,000 people now stand to gain Medicaid eligibility in Idaho, Nebraska, and Utah. About 100,000 additional people in Montana would be able to keep their Medicaid insurance if that state passes its ballot initiative—though the results so far don’t look good for that measure, after Big Tobacco poured millions into a campaign to defeat it.

Medicaid expansion is a good deal for most states. The federal government pays the vast majority of the costs, with states eventually having to cover just 10 percent of the bill. Most state governments were eager to take that money and help the working poor get covered. But Republican politicians in a number of states rejected it because of their opposition to Obamacare.

Expansion has had a huge impact on decreasing the rate of people without health insurance across the country. More than 12 million people gained Medicaid coverage thanks to that provision of Obamacare, and states with expansion have an 11-percent lower uninsured rate than the states that have rejected it.

As I explained earlier this year looking at the campaign for Medicaid expansion in Utah, many of the organizers have personal reasons to care about the cause:

For Stephanie Burdick, this year’s Fourth of July parade in West Jordan, Utah, was a major milestone. She was marching in support of a ballot initiative that could expand Obamacare to tens of thousands of new people—quite a feat in one of the most conservative states in the union. But for Burdick, marching at all was a significant accomplishment.

Just three years earlier, she’d suffered a traumatic brain injury while surfing in California when her head slammed into another surfer’s board. She’d spent nearly a month in the hospital and had to relearn how to talk, how to walk, and how to do pretty much everything else. She lost her health insurance when her former employer realized she wouldn’t be able to return to work quickly, and she had to put key parts of her medical care on hold because her new bare-bones plan had a long list of excluded treatments: no walking and balance therapist, no neuro-ophthalmologist for her vision problems, no speech therapist, and no treatment for her migraines.

It wasn’t until she was added to Utah’s Medicaid program—19 months after she applied—that she could restart treatment. “My doctor kept telling me all this treatment I needed,” Burdick says. “And so by the time I was approved for Medicaid, [I was] just thinking about all of the time that I went without making very much progress because I didn’t have access to the care that my recovering brain needs.”

Burdick, now 30, is still working to get back to a normal life. She moved into her own place again this summer after learning how to get around via public transit last year; by July, she was able to slowly walk a parade route to campaign for Proposition 3, the November ballot measure that would provide an estimated 150,000 more Utahns with access to Medicaid under Obamacare.

While people in Idaho, Nebraska, and Utah were fighting to adopt Medicaid expansion, Montana’s initiative was intended to make sure its expansion program doesn’t disappear. The state expanded Medicaid in 2015, but as part of the deal the program was scheduled to sunset in July 2019 unless the state re-approved it. The state legislature has become more conservative over the past four years, so Tuesday’s ballot initiative was the best bet to preserve the program. The initiative included a cigarette tax increase to fund Medicaid, which drew the wrath of Big Tobacco. In total, Altria (the parent company of the US branch of Philip Morris) and RAI Services (RJ Reynolds’ parent company) poured more than $17 million into a campaign against the ballot measure.

This story has been updated as election results have come in.