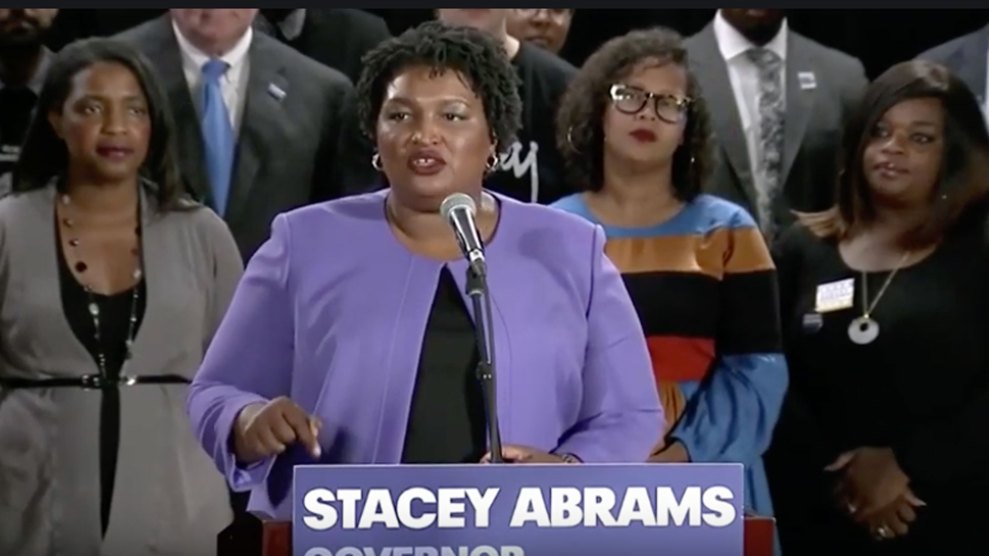 On Friday afternoon, Stacey Abrams appeared to end her campaign to become Georgia’s next governor, but she refused to say that she conceded.

“I will not concede because the erosion of our democracy is not right,” she said in an impassioned speech before supporters.

Instead, Abrams acknowledged that her Republican opponent, former Georgia secretary of state Brian Kemp, would be certified as the next governor and that there wasn’t a “viable” path forward for her candidacy. Even still, she announced that she intends to file a “major federal lawsuit” against the state “for the gross mismanagement of this election and to protect future elections from unconstitutional actions.”

The speech was an indictment of Kemp, who, as secretary of state, disenfranchised thousands of voters, predominately minorities. “To watch an elected official who claims to represent the people in this state boldly pin his hopes in this election on the people’s democratic right to vote has been truly appalling,” Abrams said.

She added later: “Make no mistake: The former secretary of state was deliberate and intentional in his actions. I know that eight years of systemic disenfranchisement, disinvestment, and incompetence had its desired effect on the electoral process in Georgia.”