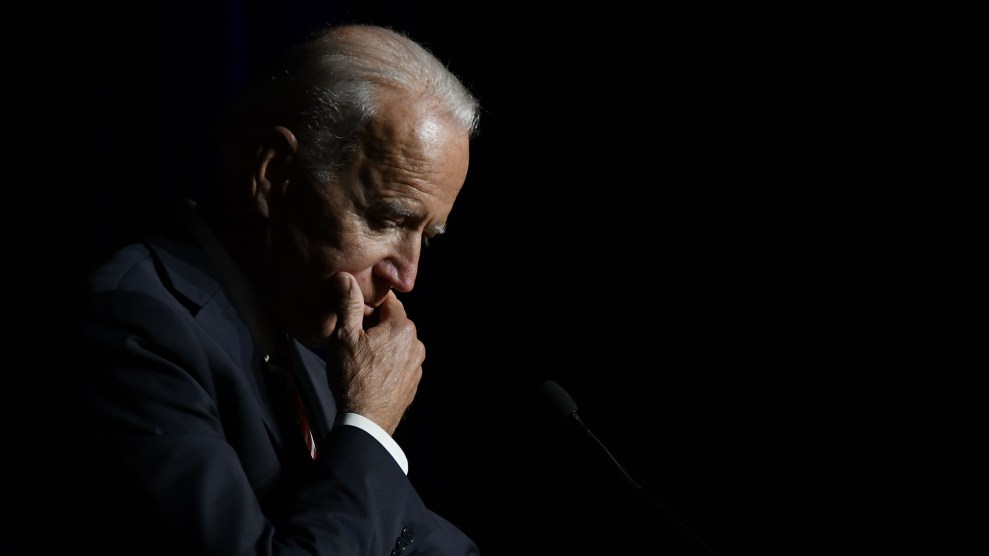 Joe Biden delivers the keynote speech at the First State Democratic Dinner at the Rollins Center in Dover, DE on March 16, 2019.Bastiaan Slabbers/NurPhoto via ZUMA Press

Joe Biden took to Twitter Wednesday to respond to a recent string of allegations that throughout his career, he had touched some women in ways that made them uncomfortable.

“I’ll be more mindful and respectful of people’s personal space,” the former Vice President said in the two-minute video.

He said that it had long been his practice to offer hugs and grab the shoulders of people whom he felt needed his support. But he added that he now recognizes “social norms have begun to change” with respect to the boundaries of appropriate physical contact. “I get it,” he said. “And I’ll be much more mindful. That’s my responsibility, and I’ll meet it.

Social norms are changing. I understand that, and I’ve heard what these women are saying. Politics to me has always been about making connections, but I will be more mindful about respecting personal space in the future. That’s my responsibility and I will meet it. pic.twitter.com/Ya2mf5ODts

“In my career, I’ve always tried to make a human connection,” he said. “I’ve never thought of politics as cold and antiseptic. I’ve always thought of it as connecting with people.”

Biden has not yet officially announced whether he will join the race for the Democratic presidential nomination, though he has repeatedly hinted that he will. He reinforced the possibility in the video, saying, “In the coming months, I expect to be talking to you about a whole lot of issues.”