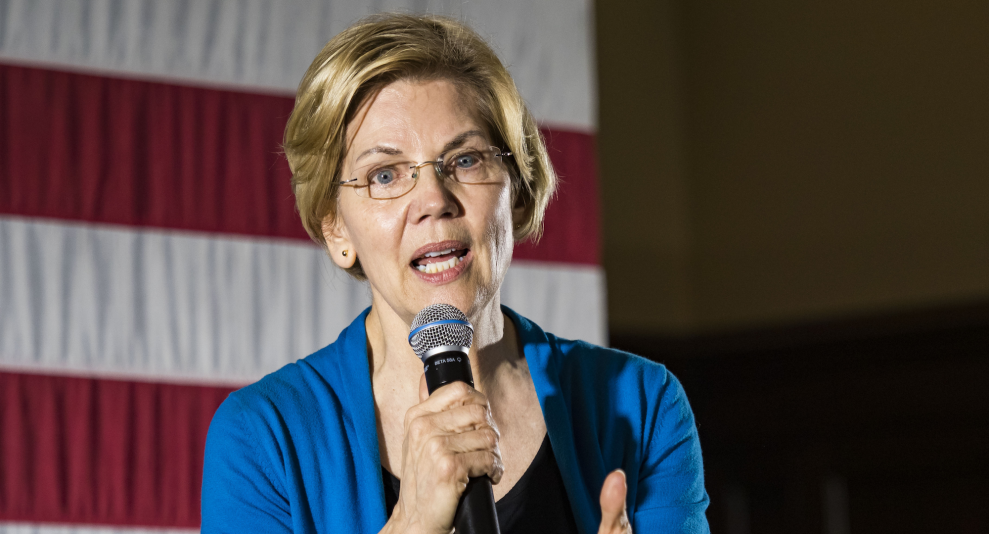 If elected president, Sen. Elizabeth Warren (D-Mass.) said that she would reverse a longstanding Justice Department policy that prohibits sitting presidents from being indicted—a policy many believe is the legal rationale that prevented President Donald Trump from being charged with obstruction of justice in the special counsel’s Russia investigation.

The Massachusetts senator, one of the first 2020 candidates to call to begin impeachment proceedings against President Donald Trump, unveiled her two-part plan on Friday. The proposal called on Congress to pass legislation making it clear that a president, just like anyone else, can be charged for criminal activity. In addition, Warren vowed to appoint an attorney general and Office of Legal Counsel dedicated to reversing “flawed policies so no president is shielded from criminal accountability.”

“Congress should make it clear that Presidents can be indicted for criminal activity, including obstruction of justice,” Warren wrote.

Warren’s proposal comes days after special counsel Robert Mueller broke his silence on the Russia investigation, telling the American public that given the existing constraints on charging a president while in office, his office was unable to formally charge Trump criminally.

“Charging the president with a crime was therefore not an option we could consider,” Mueller said during Wednesday’s press conference. He continued, “It would be unfair to potentially accuse somebody of a crime when there can be no court resolution of the actual charge.”

“If Donald Trump were anyone other than the President of the United States right now, he would be in handcuffs and indicted,” Warren continued. “Robert Mueller said as much in his report, and he said it again on Wednesday.”

Our democracy only works if everyone can be held accountable. These changes will make sure that’s the case for generations to come. Read my full plan here: https://t.co/v1pgkcdRDm