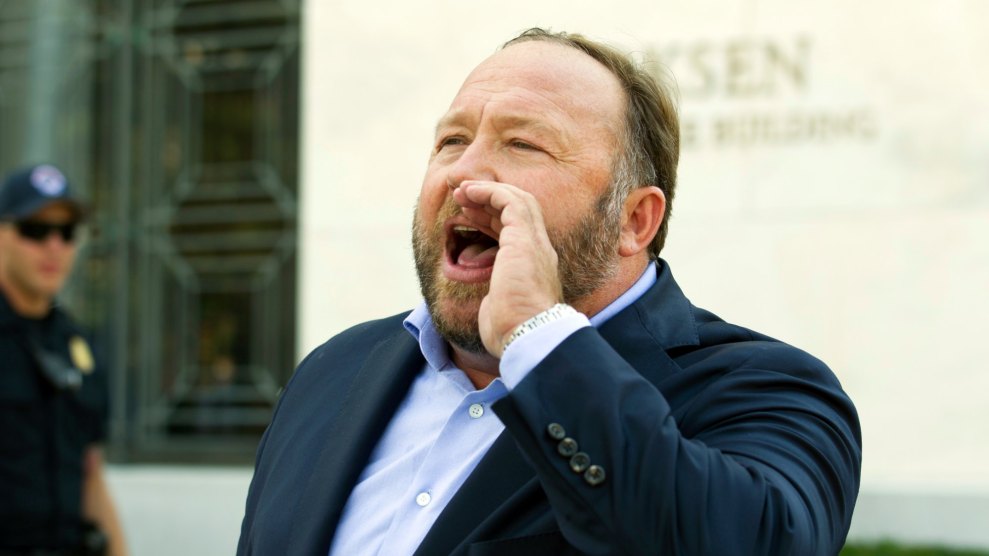 President Donald Trump wants you to know just what he thinks about Facebook’s decision to ban extremist media figures from its platforms.

On Thursday, the social media giant announced that it would no longer permit content from Infowars—which for years has propagated conspiracy theories on topics ranging from 9/11 to the Sandy Hook massacre—to be shared on Facebook or Instagram, which Facebook owns. Facebook also announced that it was banning accounts run by Infowars founder Alex Jones; Paul Joseph Watson, Infowars’ former editor at large; and others Facebook views as “dangerous actors.” Watson has a long history of promoting falsehoods and conspiracy theories and posting hate-filled videos with titles like “Why Are Feminists Fat & Ugly?”

Trump, who has long insisted—without evidence—that social media companies are biased against conservatives, wasn’t happy about Facebook’s actions. On Friday, he branded Watson a “conservative thinker” and tweeted that he was “surprised” to see him banned from Facebook. Then on Saturday, Trump retweeted two of Watson’s tweets.

The support for me has been incredible. This could actually lead to some genuine change. Keep up the pressure. Don't let it rest.

Or giving a handful of giant partisan corporations the power to decide who has free speech?

Trump then followed that up by sharing an Infowars video featuring black Trump supporters singing the president’s praises.

So great to watch this! https://t.co/pYoiLjM0pz

This isn’t the first time Trump has supported Infowars. During the 2016 presidential election, he called in to Jones’ radio show and gave a 30-minute interview. “Your reputation is amazing,” Trump told Jones. After the election, Trump called Jones to thank him for his support, according to Jones, who recounted the conversation in a video he later released on Infowars.