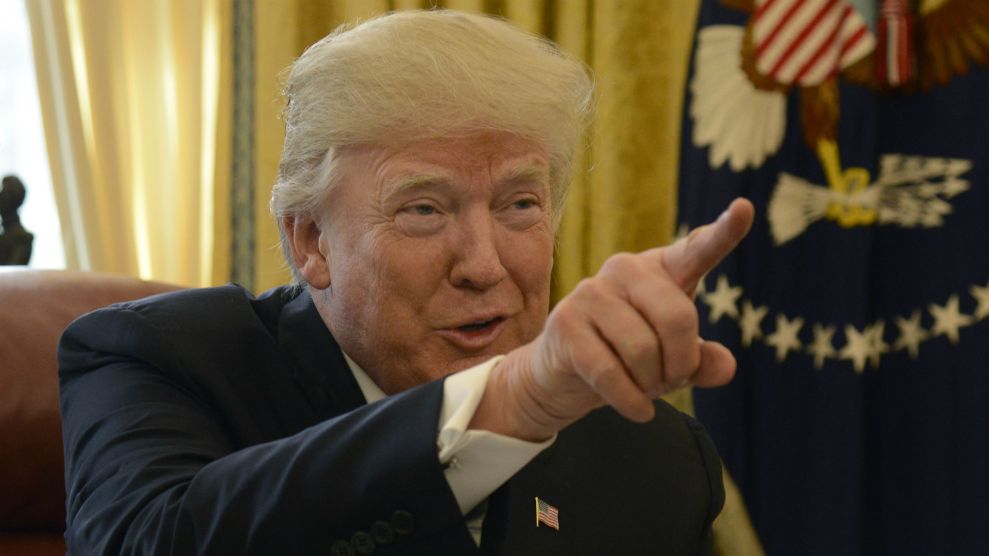 Donald Trump started Saturday morning with a blizzard of tweets, a practice that has recently become something of a weekend routine for the president, by retweeting praise and affirmation from dozens of conservative commentators, Republican lawmakers, right-leaning news websites, his family members, and even himself.

The dozens of messages touched on Trump’s favorite topics, including Hillary Clinton’s emails, security at the Southern border, the Mueller report, and jobs numbers. After a week of stock market chaos and losses attributed to Trump’s reignited trade war with China, the president also retweeted a number of notes backing his latest decision to impose tariffs on $200 billion of Chinese exports in retaliation for what he has long considered to be unfair trade practices.

When it comes to China, we must be willing to accept short term pain for long term gain.

Stick to your guns Mr. President. We’re behind you!

For years, China has engaged in unfair trade practices. While the US-China relationship is important, @realDonaldTrump is committed to ensuring that American workers will no longer be at a disadvantage when competing on the global stage.

Trump retweeted notes from Tom Fitton, the president of the conservative Judicial Watch non-profit, including several posts pushing conspiracy theories about the FBI’s investigation into Russian involvement in the 2016 elections and Hillary Clinton’s emails:

List of Hillary's spies. Deep State DOJ redacted Bruce Ohr's list of "intermediaries" used by Obama-Clinton-DNC's Fusion GPS to target @RealDonaldTrump. The President should order the release of this and other Spygate secrets. https://t.co/e9NgWa5Lfe … pic.twitter.com/Wq2yspKjXm

Please watch and share this testimony from Carla Provost, @USBPChief, Chief of the US Border Patrol about the ongoing crisis on our Southern Border. We must stop playing politics with this dire situation and secure our border once and for all. #BorderSecurity pic.twitter.com/AfYjUf96CH

The president also shared a tweet from Tillis falsely claiming that the Mueller report cleared Donald Trump Jr., when it in fact presented information that his testimony on Capitol Hill was incomplete or inaccurate. This week the president’s son was subpoenaed to testify again before Senate Intelligence Committee, to the chagrin of some Republicans and the president.

I agree with Leader McConnell: this case is closed. The Mueller Report cleared @DonaldJTrumpJr and he’s already spent 27 hours testifying before Congress. Dems have made it clear this is all about politics. It’s time to move on & start focusing on issues that matter to Americans. https://t.co/11THs9LE0j

Many tweets shared by the President suggested that his son’s subpoena, which was issued by a GOP-controlled panel, was an injustice.

The Mueller probe has concluded, after vast effort, that there was no collusion. Senate Intel subpoena to @DonaldJTrumpJr seems to me absurd and a flexing of the Committee's muscles. He is not a member of the government, this is not oversight, and Comm concluded "no collusion."

If Sen Burr didn't get enough flesh out of @DonaldJTrumpJr in the 1st 29 hrs of hammering, then hold him back a grade or send him home. Read the report, Senator-Mueller and his crew found NADA. To quote Elsa, "Let it GO!" https://t.co/l8aVlXUrk8

If you were @DonaldJTrumpJr & had already testified for 30+ hours about same damn singular meeting at #TrumpTower wouldn't you be reluctant to go before harassing politicians yet another time? Since there was #NoCollusionNoObstruction? I say fight vs. malicious, hostile intent.