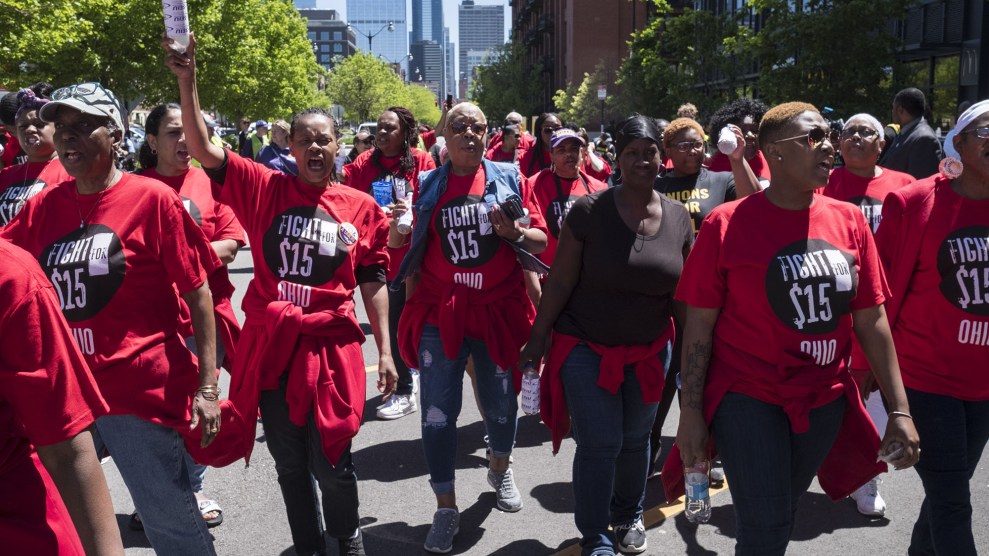 The US House voted 231-139 on Thursday to raise the federal minimum wage to $15, bringing Democrats one step closer to their goal of more than doubling the current rate of $7.25 an hour, which has not changed since 2009.

Thursday’s vote fell largely along party lines, with three Republicans supporting it and six Democrats opposing it. The annual income for someone working full-time at the current federal minimum wage is about $15,000.

Senate Majority Leader Mitch McConnell (R-Ky.) said that he would not bring the bill to a vote before the Senate, claiming that a minimum wage hike “would kill jobs and depress the economy.” But research has shown that areas that have already raised the minimum wage, such as New York, have seen poverty decrease with no negative effects on jobs.

Research shows that hiking the minimum wage to $15 would kill jobs and depress the economy at a time when it’s thriving for the American people. We are not going to be taking that up in the Senate. pic.twitter.com/SiyXGBDKkr

Despite the obstacles to the $15 wage becoming law, many Democrats celebrated the House’s vote as the positive outcome of grassroots organizing, including fast food workers’ strikes for fair wages.

A few years ago, people laughed and called us "crazy" when we called to raise the minimum wage to $15 an hour.

Today, the U.S. House is voting on legislation to do just that.

That is what happens when working people build a movement for change.

Here's what #FightFor15 workers had to say leaving the Capitol pic.twitter.com/uIknhK17is