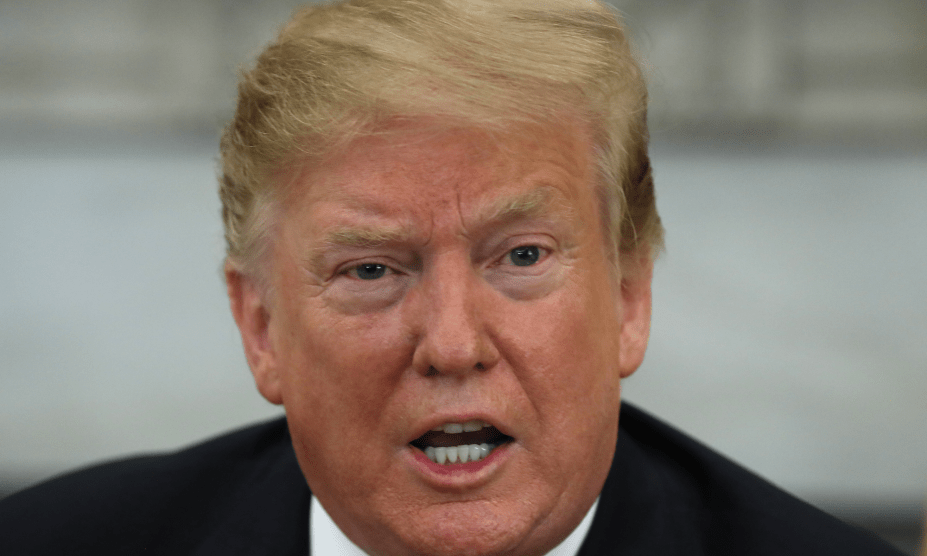 President Donald Trump, after spending more than a week escalating his racist attacks against four congresswomen of color, continued his smears Monday morning, labeling the freshman Democrats known as the “squad” a “very racist group of troublemakers.” In doing so, the president disparaged their intelligence—one of the predictable insults that he deploys when targeting people of color—and accused them of being bad for the country.

The “Squad” is a very Racist group of troublemakers who are young, inexperienced, and not very smart. They are pulling the once great Democrat Party far left, and were against humanitarian aid at the Border…And are now against ICE and Homeland Security. So bad for our Country!

The attack came as Trump was on his way to a ceremony at the Supreme Court honoring the late Justice Paul Stevens who died last week at 99. It was the latest example of whataboutism that Trump and his Republican allies have used to shield the president against the charges of racism he has attracted since first demanding that the four congresswomen—Alexandria Ocasio-Cortez (D-N.Y.), Ilhan Omar ((D-Minn.), Rashida Tlaib (D-Mich.), and Ayanna Pressley (D-Mass.)—”go back” to their countries more than a week ago. For Trump’s defenders, the congresswomen are “communists” and therefore their political stance is far more deserving of denunciation than the president’s attacks.

Despite the widespread condemnation and serious concerns that the president’s remarks could invite violence against the congresswomen, Trump has refused to back down. (After unconvincingly attempting to disavow a racist “send her back” chant for that erupted during a political rally, Trump quickly moved onto praising the crowd and renewing his attacks.)

Over the weekend, a Louisiana police officer came under fire for a Facebook post suggesting that Ocasio-Cortez needed a “round”—an apparent exhortation for the New York congresswomen to be shot. A Republican group in Illinois was also denounced for sharing a fake movie poster that referred to the congresswomen as the “Jihad Squad.” In April, a New York man was arrested for threatening to kill Omar.